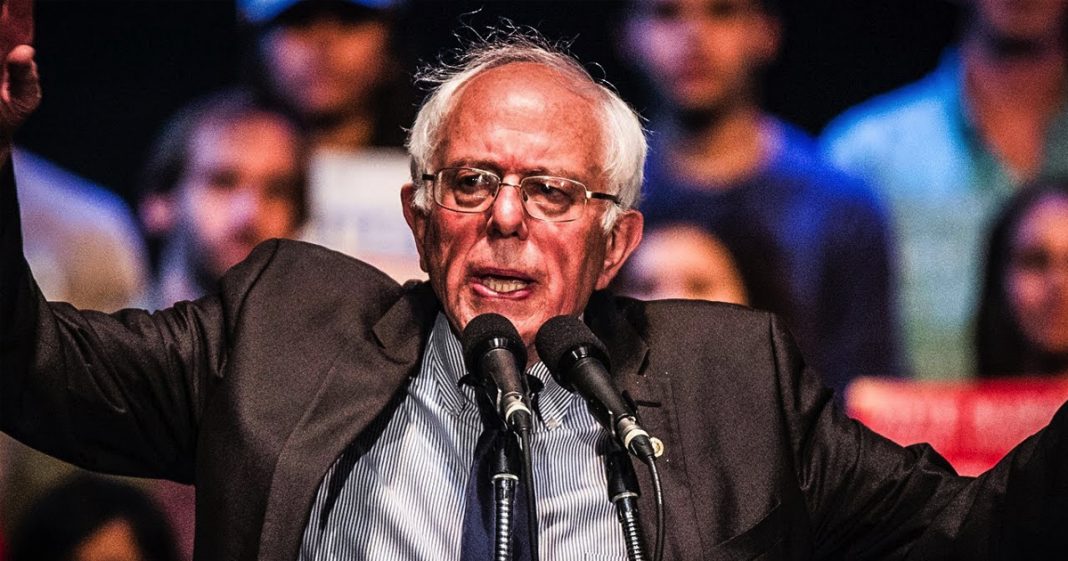 Bernie Sanders has proposed a “fair price” rule for pharmaceuticals that are developed using taxpayer money, preventing pharmaceutical companies from gouging consumers on drugs they technically paid to develop. An analysis of the rule shows that consumers in the US would save billions of dollars a year with this new rule. Ring of Fire’s Farron Cousins discusses this.

Vermont Senator Bernie Sanders is proposing a new rule that would force pharmaceutical companies that use taxpayer-funded research and development to come up with their new drugs to charge a fair price to US citizens, which means if any portion of your drug’s development was paid for by United States taxpayers, you cannot raise the prices on your drugs by 10,000% or 20,000%. Those are not arbitrary numbers, folks. Let me point this out. There are several medications available in this country where the markup is between 10,000 and 20,000%. A lot of pain medications and life-saving heart medications, Lipitor, great example, have markups within that range.

Some are actually over 20,000%, and that is what they charge us here in the United States. Meanwhile, you go to other countries, Canada for example, typical markup might be between 1 and 3,000%, which sounds like a lot, but when you figure that a pill costs about eight cents to produce, the markup actually is a little bit less than it seems. Here in the United States though, we do not have that kind of benefit because Congress, Republicans, and most Democrats have just allowed big pharma to run rampant with whatever the hell they want to do in this country.

Now, Bernie Sanders’ new rule would prevent pharmaceutical companies from doing that unless they’re going to come out of pocket for all of the expenses associated with developing new drugs, and this is a point that I have actually been making for years that people don’t quite seem to grasp in the United States when they come to the defense of pharmaceutical companies. We, American taxpayers, are paying for most of that research to develop this new life-saving drugs. Almost 75% of the medical research carried out in the United States is funded by taxpayer money. Bernie Sanders understands that, and so he’s trying to prevent American consumers from having to pay for our pharmaceuticals basically twice, the second time a hell of a lot more than the first time, because they’re using our tax dollars to make it. Then if we want it, we have to go fork over a 20,000% markup in order to buy it.

His rule will put an end to that, and according to a CBO score, it’s going to save United States consumers billions of dollars every single year. It’s worth pointing out that the cost that pharmaceutical companies do spend out of pocket on development is recouped in its entirety within the first two years of a drug being introduced on the market. This is the kind of rule that we need in the United States. We have to put an end to this. Rising pharmaceutical prices are one of the foremost healthcare issues in this country, aside from obviously people not having health insurance, but we’ve got to do something about prescription drugs.

We needed a leader on this issue, and Bernie Sanders in just one week proposes this new rule, says he’s going to draft legislation for single-payer healthcare, and where the hell are the Democrats on this? Bernie Sanders, as we all know, is an Independent, and he is the one taking the lead on the issue. Democrats are talking a big game, but they’re not writing legislation. They’re not proposing new rules. They’re just out there saying, “We’re going to fix it. We’re going to fix it.” Well, Bernie Sanders is one of the only people in Washington DC actually trying to fix it, and he’s not doing it because he’s getting big money from pharmaceutical industries or healthcare companies.

He’s doing it to protect the American public and tell us that every one of us should be able to afford the same life-saving medication. You shouldn’t be in the top 1% of income earners in order to buy your heart medicine that keeps you alive, or to buy your diabetes medication, or your EpiPens, or anything else. Those should be available to every one of us, because all of us are paying for the research and the development of these drugs already. It’s unfair for any of us to be priced out of the system when we’re basically funding the entire operation. Bernie Sander wants to put a stop to it, and if the Democrats have any sense, they’ll sign onto this immediately.