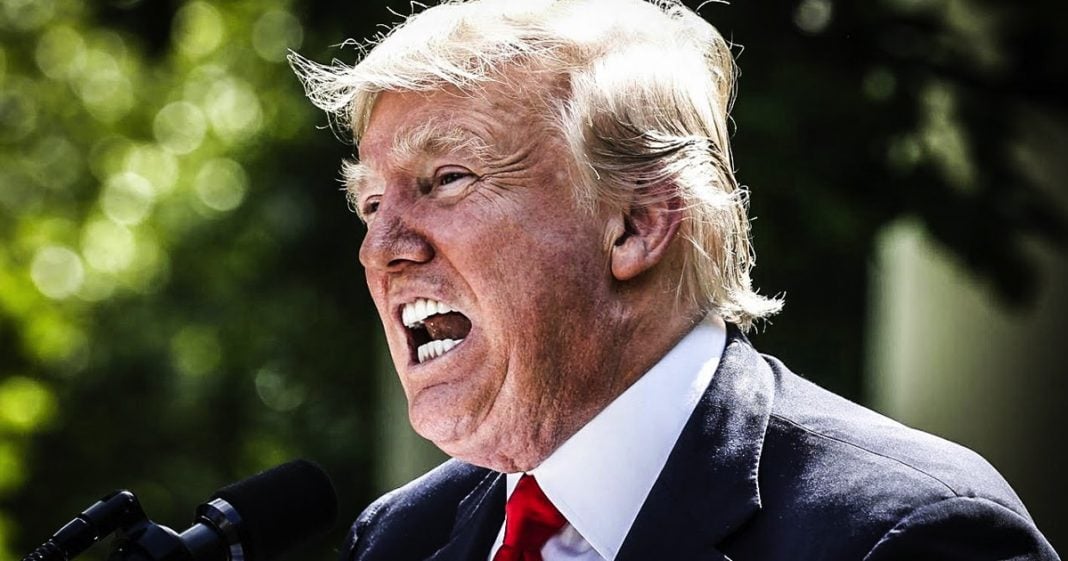 A Donald Trump supporter claimed on social media that the protestors planning a demonstration at an upcoming Donald Trump rally in West Virginia will be shot if they get out of hand (which includes standing the streets.) The man has called on other gun-toting Republicans to join his crusade, while federal law enforcement agencies are conducting an investigation. Ring of Fire’s Farron Cousins discusses this.

A Donald Trump supporter on his Facebook page has called to arms other Donald Trump supporters to show up at a presidential rally in Huntington, West Virginia that’s supposed to happen on Thursday of this week with the intention, the expressed intention of shooting the protestors who are planning to show up and protest Donald Trump. Specifically this man wants to shoot the protestors if they’re standing in the streets, if they’re disruptive, if they’re violent in any way, if they’re acting in a way that he does not deem okay. And, in his post, he said, “This is a call to all armed conservatives. If we go, we bring our guns. Bring as many as you have or as many as you can get your hands on.” This is a man who is threatening and attempting to get other conservatives to show up and shoot people who are exercising their First Amendment rights.

At the end of the day, this is what it comes down to, folks. This is a First Amendment versus Second Amendment argument. They want to kill people, that is their intent, for exercising their First Amendment rights. But, if we we’re to say, “You’re not allowed to bring guns,” they would be the first people screaming about infringing on their Second Amendment rights because, god forbid, you ever do anything against the Second Amendment that was written at a time before the modern day guns were invented. Founding Fathers had no idea we’d ever get to that point, but that’s what this has come down to ,and this is what Donald Trump has inspired all over this country: death, murder, violence, disgusting behavior from disgusting United States citizens.

Now, if you want to show up there and just look at these protestors without a gun, not touch them, maybe yell back at them, fine. Do it. Well within your rights to do it. But, the second you call for any kind of armed violence or armed threat against them, that’s when you’re crossing the line into illegal activity. In fact federal law enforcement agencies are currently investigating the man who posted this and anyone else who has attempted to join on to see whether or not they need to take action. But, to be honest, at this point, we need to stop being so like, “Well, let’s investigate it.” When somebody posts something like this on Facebook, that should be grounds for an arrest. They should be taken into custody, put on a mandatory psychological hold so that they can’t leave, and we should be able to determine whether or not they’re mentally fit to be out there in the public. We have that at least here in the state of Florida. I know some other states do. I’m not sure if West Virginia does.

But, we need to start using those laws. We need to get these dangerous people off the streets. We need to get the dangerous people who are threatening other people exercising their constitutional rights off the streets. If you say that your intent is to go kill United States citizens, you should be arrested. Could you imagine if the man who posted this was a Muslim or if he was Black and they said, “Let’s go kill these people. Bring your guns. Let’s shoot them if they get out of hand.” We would already be in another war, folks. But, because it’s a White redneck, nothing will happen. I guarantee you this man will probably not even spend one minute inside of a jail cell. That’s the kind of privilege that White people enjoy in this country. It’s disgusting. It’s an aberration and it is our unfortunate reality right now. This man got online threatened to kill people and nothing will happen to him.