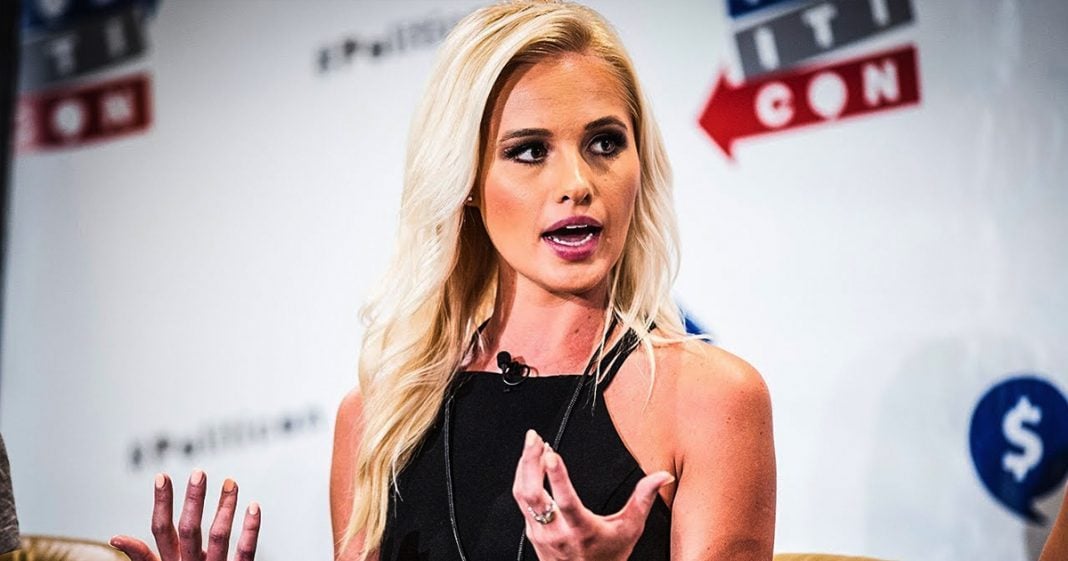 At the Politicon 2017 conference this past weekend, conservative firebrand Tomi Lahren admitted that, since she is only 24 years old, she is still on her parent’s health insurance plan and doesn’t have to pay for her own insurance – a hallmark feature of The Affordable Care Act. But she also wants to destroy the legislation and castigated John McCain for voting against it. Conservative hypocrisy has yet to hit her. Ring of Fire’s Farron Cousins discusses this.

This past weekend at Politicon 2017, right-winged talker, formerly with the Blaze, Tomi Lahren, while being interviewed for a panel by Chelsea Handler, admitted that the Affordable Care Act is a failed law. She attacked it. She said it’s horrible. It’s awful. But then, she admitted something even more shocking. Take a look.

Tomi Lauren: I think that the free market place does better [crosstalk]

Chelsea Handler: Okay. So do you have a healthcare plan or no?

Tomi Lauren: Well, luckily, I’m 24, so I am still on my parents’ plan. [crowd reaction]

She’s 24, so she’s still on her parents’ plan. So why should she care about Obamacare, right? Well, as it turns out, one of the hallmarks of the affordable care act of Obamacare, was that it allowed young people to stay on their parents’ plan til the age of 26. This was a way to help get them started in the world and not worry about having to find a job fresh out of college at age 22, that offered benefits from day one.

You had an extra four years against the estimated usual age at which people graduate college, assuming they went fresh out of high school to find a job, to get submitted, to lay your routes down, before you had to worry about the hassle that is American health insurance. You, Miss Lahren, wanna take that right away from other American citizens? I mean, Republican hypocrisy completely lacks any kind of self awareness. But to call it a failed law, and then admit that you benefit from it, is possibly one of the dumbest things that I could imagine another human being saying while talking about healthcare.

Obamacare has not failed. Is it perfect? Oh God, no. There are many problems with it. Those are problems that are easily fixable, though, if we had conservatives in this country who had even half a brain, who actually wanted to fix it instead of sabotage it.

People like Tomi Lahren do not care what happens to everybody else in this country. Republicans typically don’t care. Why? Because it’s all about what they get. “As long as I get mine, and I’m okay, then to hell with the rest of you. I don’t care.” That is exactly what she is saying in this particular interview. And that’s what her entire career’s been based around.

This is how Republican’s operate. They lack any self awareness. They lack any facts, any sense of intellectualism. They just go out there. Repeat talking point after talking point, never bothering to understand whether or not it’s true or false. In most cases it’s actually false. They never bother to educate themselves so that they learn that every now and then, guess what, Tomi? It’s okay for somebody to be wrong. It’s okay to come out and admit, “You know what? This is an issue I was wrong about. Maybe it goes against my party. So you know what? I’m just not gonna talk about it.”

Move onto other issues, where you can spew your hate-filled talking points. But on the issue of healthcare, right now, you’re one of the biggest idiots out there talking about it. And, worth pointing out, you’re also one of the biggest hypocrites. If you’re going to enjoy these benefits, then you should damn well extend them to everyone else in this country.