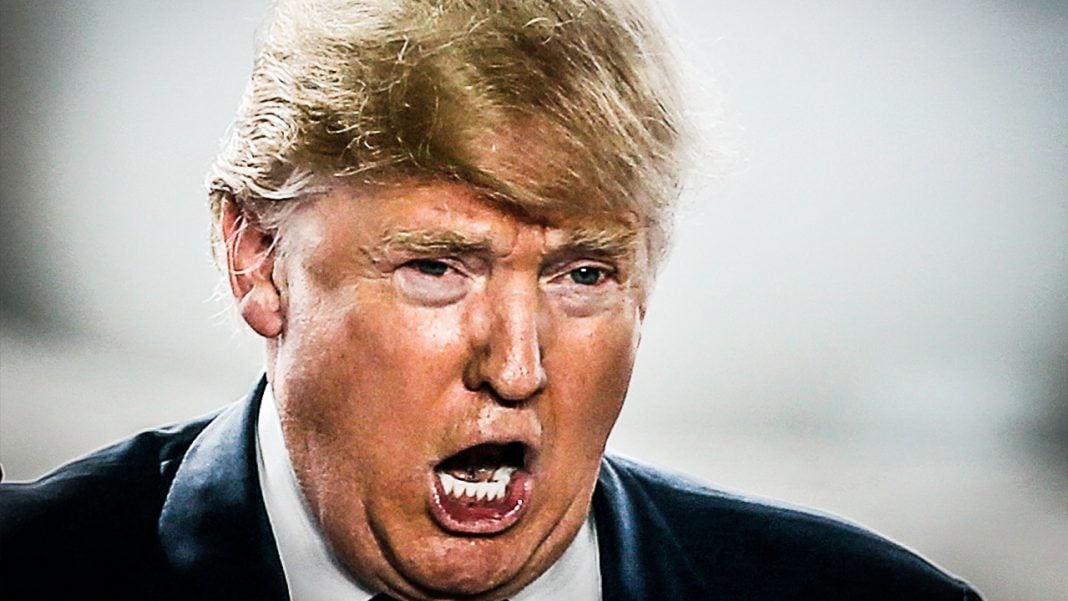 Donald Trump claims that the reports of his White House staffers living in constant terror or disliking one another are completely false, and that the only arguing going on with his staff is over who loves the President more. Donald Trump honestly believes that everyone loves him and that they want to be him, but the reality is that most of us would love to see him go away and never be in the public spotlight again. Ring of Fire’s Farron Cousins discusses this.

In an interview this past week with The Wall Street Journal, Donald Trump was asked questions about the constant infighting seeming to take place within his administration. Now, according to the president, aside from the leakers that they’re trying to find, and aside from the issues with Jeff Sessions, most of that infighting is just staffers fighting over who loves me more, is what Donald Trump said. Now admittedly, according to the interview, there was laughter in the room after that, but Donald Trump wasn’t kidding. For months now, we have seen reports come out of staffers who have talked to the press under the condition of anonymity that they’re miserable, that there’s constant bickering between staff, that they want to leave but they can’t, that Donald Trump’s anger issues are personally threatening them. They feel threatened. They feel like their lives are in danger or that their jobs are in danger at any given moment. Those reports have been coming out for months.

Yet, Donald Trump thinks it’s okay to joke about, “Oh, they’re fighting over who loves me more.” No, these people in your staff, the regular staffers, the everyday 9 to 5’ers, they’re fighting with one another because they don’t know how to continue to defend you. None of them love you. Most of them don’t even like you. They mostly despise you, but just like most Americans, they need a job. This was the path they had wanted to go with their career, they just didn’t know it was going to be working for you. They didn’t know they were going to be working in a White House full of dysfunction and disgusting scandal after disgusting scandal. That’s the problem they have. Nobody, nobody on this planet, not even little Dylan Pickle, is fighting over who loves you more, Donald, because that is a love that doesn’t exist. That is something you have to get through your delusional little mind.

Part of the narcissistic personality diagnosis is a desire to be loved, and that is what Donald Trump clearly suffers from. That is why he ran for president. Yeah, a lot of it has to do with the power that he wanted, but he wanted the public to love him. He wanted everybody in this country to see how great Donald Trump was, to admire him, and more importantly, to want to be him, to fall in love with him. He thinks it’s happened, but all of the available polls show otherwise. I mean, he is literally the least popular president in American history right now at this point in his presidency, but he doesn’t believe that. He thinks that’s fake news. Donald Trump honestly thinks he could walk anywhere in this country, walk up to any person, and they’re going to bow down and kiss his feet, because they just love him so much.

My advice is to Donald Trump, maybe you need to go out there and actually talk to people, not just your supporters, not just the brainwashed masses who still think you’re doing a good job, that 35%. Maybe you need to go talk to some real people. Maybe go talk to those people at the Carrier factory who just lost their jobs. See what they think about you, because I guarantee you if you step outside your disgusting little bubble, you’re going to find out that things aren’t as cheery as you think they are.