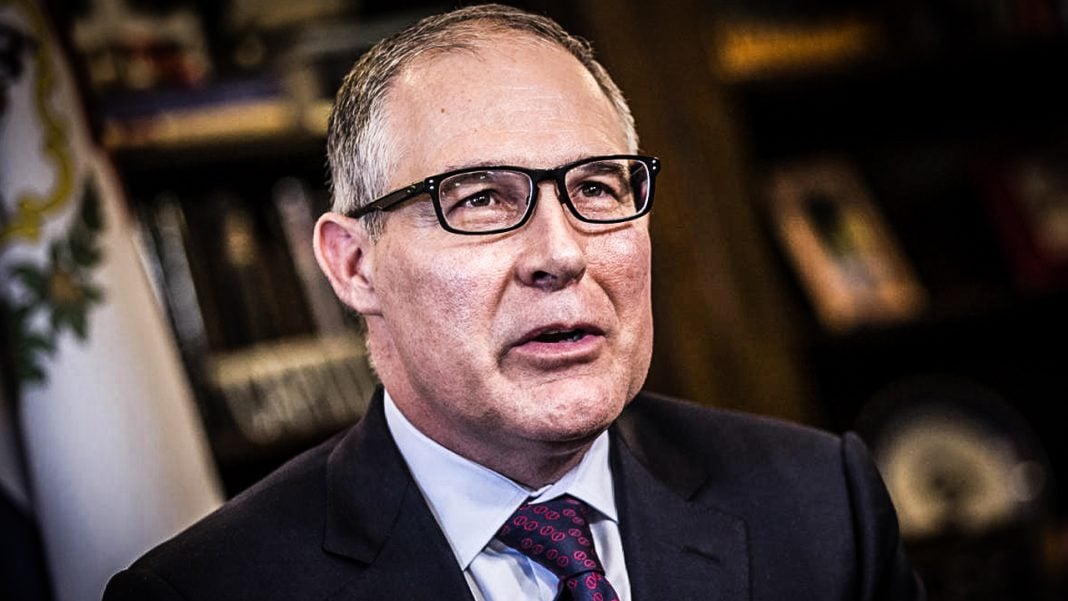 Scott Pruitt, the head of the EPA, is reaching out to a climate change denying right wing think tank – The Heartland Institute – for help on climate policy. Heartland specializes in spreading misinformation about climate change, and they want the organization to help them recruit a team to “review” scientific documents related to climate change to make them more industry friendly. Ring of Fire’s Farron Cousins discusses this.

Scott Pruitt, the head of the Environmental Protection Agency, has decided that his best course of action when dealing with climate science, a subject that he knows absolutely nothing about, his best course of action is to reach out to a group that knows a thing or two about climate change. In fact, the thing or two that they know is how to deny it and spread misinformation about it. That group just happens to be the Heartland Institute, a climate change denying organization that over the years has taken funding from both the Charles Koch Foundation and Exxon Mobile.

Scott Pruitt has specifically reached out to the Heartland Institute to help him put together a “Red Team”, whose job it will be to go through climate change science that gets presented to the EPA so that they can go through and critique it. They can take out the parts they don’t like. They can change wording and basically turn the EPA itself, into a giant climate change denying organization, much like the Heartland Institute itself.

In years past, Heartland Institute has taken out giant billboard ads featuring people like Ted Kaczynski, and Osama Bin Laden and Charles Manson, saying, “I still believe in global warming. Do you?”

The Heartland Institute has been a disgusting organization since it’s inception. But their work fighting against the climate, against the environment, is truly horrific. And the fact that Scott Pruitt, the head of the Environmental Protection Agency, the fact that he’s reaching out to them, as if they know more than anyone else, trying to get them to come on board. I mean, we already have former members of the Heartland Institute within the federal government right now in the interior department. And now Scott Pruitt wants to let them infect the EPA with their misinformation and climate denying tendencies.

I think Scott Pruitt often forgets that the P in EPA stands for protection. It doesn’t mean you get to bring partisan politics into it. It doesn’t mean that you get to bring industry insiders into it. It means that your job is to protect the environment. Not businesses. It’s not the BPA. Your job is to keep American citizens safe from corporations, safe from pollution and to address the ever growing threat of climate change. And instead, he wants to reach out to one of the most disgusting climate change denying organizations out there and give them a seat at the table so they get to help direct United States climate policy.