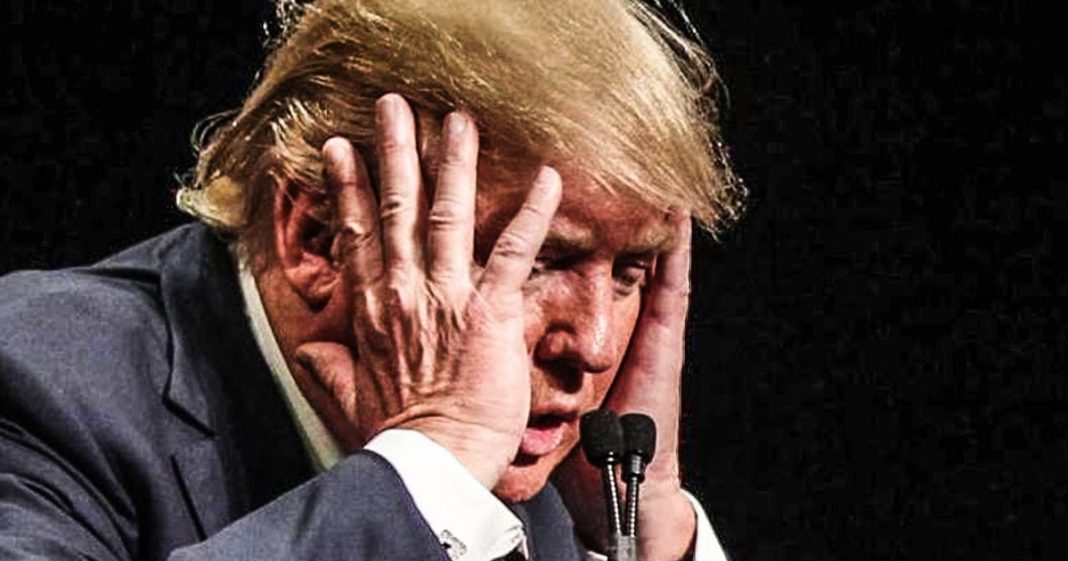 In a late night vote on Thursday evening, Republicans in the Senate attempted to pass a “skinny repeal” of The Affordable Care Act (Obamacare), but the defection of 3 Republican Senators killed the measure. Donald Trump claimed that he’ll now just let Obamacare implode, and Republicans certainly have the power to make that happen. Ring of Fire’s Farron Cousins discusses this.

In the very, very early hours on Friday morning, Senate Republicans once again attempted to repeal the Affordable Care Act, Obamacare, in what was known as a “Skinny Repeal” that they thought might go over a little better with their Republican colleagues who were on the fence. To put it simply, the “Skinny Repeal” would have still left 15 million American citizens without health insurance within the next 12 months, and it would have raised premiums for everybody else by about 20%. Overall, pretty disgusting bill, but Republicans had … You know, that was their last shot, so they gave it a try, and it failed. Thanks to the defections of Republican Senators John McCain, Lisa Murkowski, and Susan Collins, the repeal was effectively killed in the early hours of Friday morning.

Now, the Republicans are in complete disarray. You have the Trump administration who keeps attacking the female Republicans who go against the repeal. They’re not going against the men necessarily, all though I’m sure Trump has some choice words for John McCain who, to his credit, again, did vote against this specific piece of legislation, so kudos to John McCain for finally showing a little bit of that backbone you’ve been pretending to have while appearing in the media. The big question is now what do Republicans do?

Well, according to Donald Trump’s early Friday morning tweets, they’re just going to let Obamacare fail. But not only are they going to let it fail, they actually have to make it fail, because as it turns out, according to the Trump administration’s own assessments of it, it’s actually doing really well. So they’re going to sabotage Obamacare to make it fail to then prove that they were right that it was failing. A lot of people think, “Well, that’s not going to happen,” but here’s the sad reality: They absolutely could sabotage this piece of legislation to make it fail. States can opt out of the Medicaid expansion, they can stop negotiating with insurance carriers so that they leave those markets, they can stop with the subsidies that help people to pay for insurance, they can stop covering the losses of health insurance companies if they do suffer losses under the Affordable Care Act. That was part of the original legislation that for the first 10 years, if an insurance company who does enroll people through Obamacare ends up losing money the government covers those losses.

There is a myriad of options in front of Republicans that they could choose to utilize, especially since they control the majority of state governments and governorships, they could sabotage this piece of legislation. So the bottom line here is that the work is not done. We stopped the Senate, we weren’t able to stop the House, but now it’s going to go to the states. States working with the President, with the Republicans are going to need your phone calls to remind them why they shouldn’t do this. It is a hugely unpopular piece of legislation, a hugely unpopular decision for these governors to make, so people need to start making phone calls like they did to the Senate Republicans in order to get this stopped.

What we need right now is to fix the Affordable Care Act. We need to lower the prices of prescription drugs, of medical visits. There’s no reason for a hospital using a 20 year old x-ray machine to still charge you $2,000 for an x-ray. The machine’s paid off. At that point it’s just gross overcharging and profit. Same things goes for the pharmaceutical industry. It takes less than two years for them to pay off all of the costs associated with developing a new drug. You’d think they could lower the prices just a little bit and still make a killing off their products.

Those are the reforms we need, but those are the reforms that too few people in Washington, D.C., understand that we need. Overall, the Republicans once again failing for a full week to get this thing repealed shows how ineffective they are at leadership, how inept they are at working together, and how much their party has fallen into complete disarray.