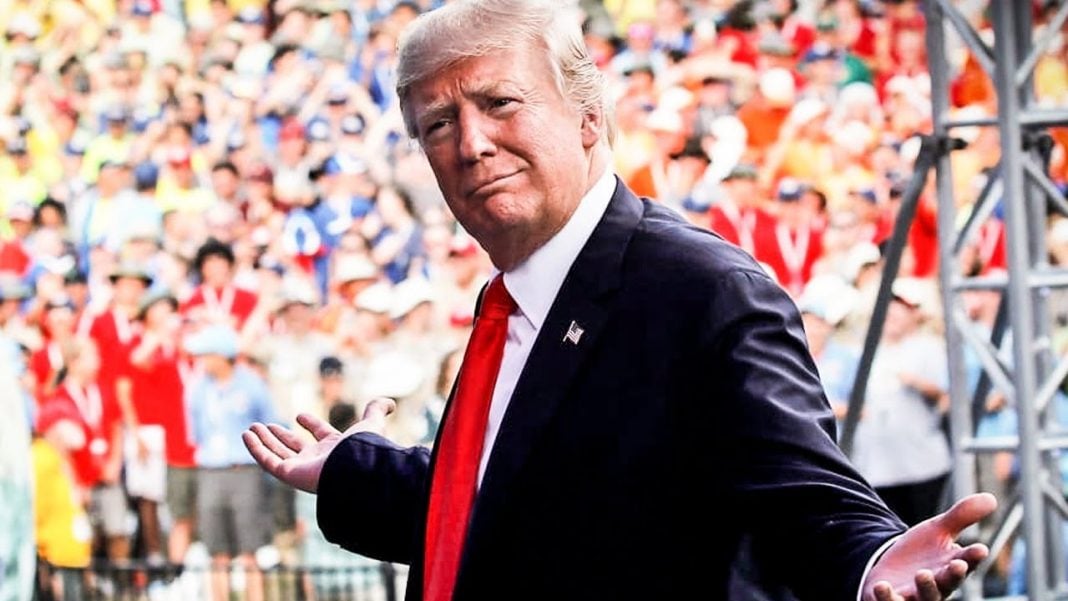 The head of the Boy Scouts of America publicly apologized on Thursday afternoon for the speech that President Trump gave to the Boy Scout’s Jamboree earlier this week. The speech, which most viewed as highly inappropriate for children, was incredibly politicized and disgusting, regardless of the age of his audience. Ring of Fire’s Farron Cousins discusses this. Transcript begins below the video.

By now I’m sure we’re all familiar with Donald Trump’s disgusting speech to the Boy Scouts Jamboree earlier this week, where he decided to go off into political tirades, talk about Obamacare and republicans and democrats, and got the crowd to boo Barack Obama and Hillary Clinton, and at one point even started getting into a little bit of a sexual innuendo talk. Well, on Thursday evening, the head of the Boy Scouts of America had enough of the constant phone calls and emails and tweets from angry parents about the tone of Donald Trump’s speech, so he was forced to come out and issue a public apology for having Donald Trump come out and speak in the manner in which he did.

The head of the Boy Scouts said that, “Look, it is not the intention of us to endorse any candidate. This invitation that we send out to the president each year is just part of a long-standing tradition. It doesn’t matter who the person is, if it’s a republican or democrat, we are basically kind of required as tradition to send that invitation. We personally don’t care if they come or if they don’t, but we have to send it.” He also apologized if Donald Trump’s speech offended anybody, which judging from the reactions, it clearly did.

You know, the Boy Scouts, for all of their faults, are supposed to represent values and morals that they’re instilling in these young men throughout the country, and Donald Trump’s speech did the exact opposite of that. In fact, Donald Trump’s life is the exact opposite of that. Donald Trump himself embodies everything that the Boy Scouts are supposed to stand against: laziness, arrogance, bullying, you know, the things that make people not like other people. The things that make a person really just a piece of crap. That is what Donald Trump is, and that is what this organization wants to distance itself from.

Now again, they’ve done some horrible things in the past, I’m not defending the Boy Scouts whatsoever. I think it is a very backwards organization in many ways, especially with their views on homosexuality. But they, having to come out and apologize for the president, is a very big step, and it’s something that basically all Americans need to get used to hearing and seeing and doing. Donald Trump is a national embarrassment, but more importantly, Donald Trump is an international embarrassment. Every time he goes overseas, he does something that leaves Americans saying, “Oh my god.” And it’s not going to stop. It’s not going to stop until he is finally removed from office, and until that day comes, you better get used to practicing the words, “I’m sorry for whatever it was that Donald Trump did.”