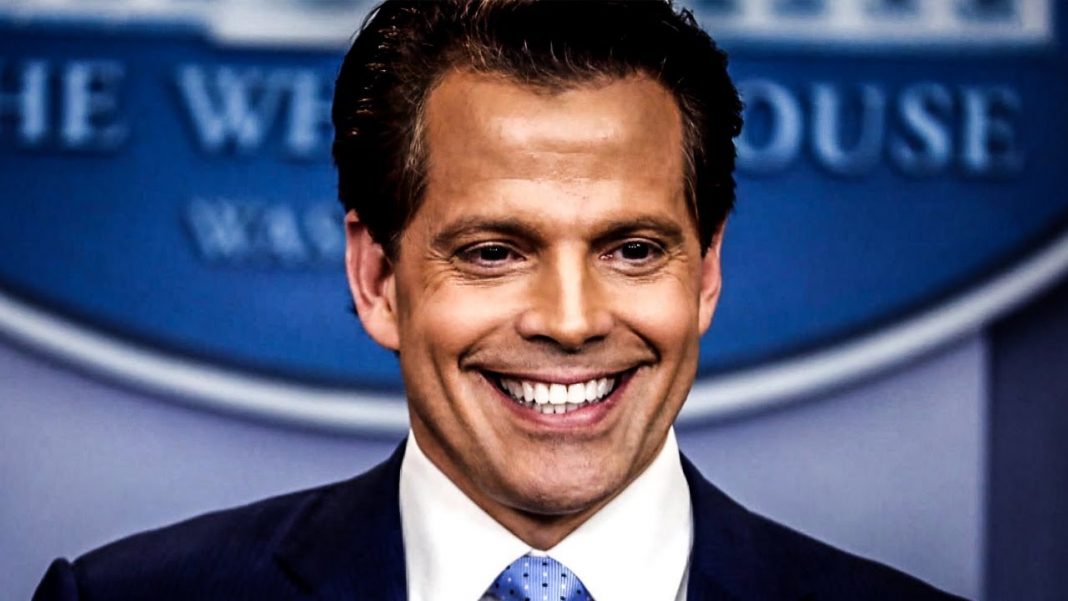 The new White House communications director Anthony Scaramucci gave an interview recently to The New Yorker, where he went into vulgar, unhinged tirades. He’s also been deleting his past tweets criticizing Donald Trump, and had an unpleasant first week at the White House when he threatened to fire everyone to “stop the leaks.” Is this man less mentally stable than Donald Trump? Ring of Fire’s Farron Cousins discusses this. Transcript begins below video.

It’s hard to imagine that anybody is Washington, D.C., or anybody even working for Donald Trump, could be less mentally stable than the president himself. Now, psychiatrists all over the country have already come out and said Donald Trump clearly has diagnosable mental illnesses. We’ve had people speak out about this. They understand what they see. We’ve had people analyze the tweets, scientists that say this man is not fit to lead. So how could it possibly be that there’s anyone within this administration who’s even crazier than Donald Trump?

Well, a couple weeks ago it may not have been true, but once he hired Anthony Scaramucci, Scaramucci is giving Trump a run for his money in terms of who holds the title of the most insane person in the Trump administration. Earlier this week, it was revealed that he gave an interview or actually wrote a letter to the New Yorker, after giving them an interview. The letter was completely laced with profanity, and here’s just a few of the highlights from it.

First of all, he suggested that Steve Bannon engages in some kind of self-pleasuring sexual act that I’m not going to mention here, but if you’ve seen the letter and the reports on it, you know exactly what I’m talking about, which is absolutely disgusting to send to a female reporter, let alone having to put that image of Steve Bannon doing that in everybody’s heads. Furthermore, Scaramucci became absolutely unhinged and irate when he learned that it was leaked that Donald Trump was having dinner with Sean Hannity at the White House. He was livid, furious about the fact that the public now knew about this. So what exactly were they trying to hide?

And of course, the biggest I guess threats coming from Scaramucci are those against Reince Priebus and any other leakers within the Trump administration, to which Scaramucci actually suggested, he said, “I would like to kill them.” Anthony Scaramucci, White House Communications Director, literally said he wants to kill the people in the White House who are leaking. Now, Trump has said some crazy things. He’s encouraged all kinds of violence and inspired it as well. But I can’t remember him flat-out saying that he’s going to murder people within his own administration. Scaramucci has also suggested that he’s just going to fire everybody and start over from the ground up. He’s put Reince Priebus on notice that he will, at some point, I guess, be asked to resign. He’s going after Steve Bannon. He’s going after the press. This man is absolutely bonkers.

What’s even more interesting is that about a year ago, he was one of the most anti-Trump people out there, and one of his first acts as the new White House Communications Director has been to go back and delete all of his old tweets attacking Donald Trump and praising Hillary Clinton. Is this really the kind of guy you want in your White House, Donald Trump? According to reports, it actually is, because the latest news shows that Donald Trump himself actually liked the letter that Scaramucci sent to the New Yorker reporter. That’s his kind of guy. This is what we get from this kind of administration, folks. This isn’t a shock to anyone. I suppose Scaramucci’s mental instability is a bit of a shock to some of us, but the behavior of the people within the Trump administration is not. Trump seeks out people who are exactly like him: disgusting, low intelligence, low information, vulgar pieces of human waste. That is exactly what Trump is and that is what he likes to surround himself with inside the White House.