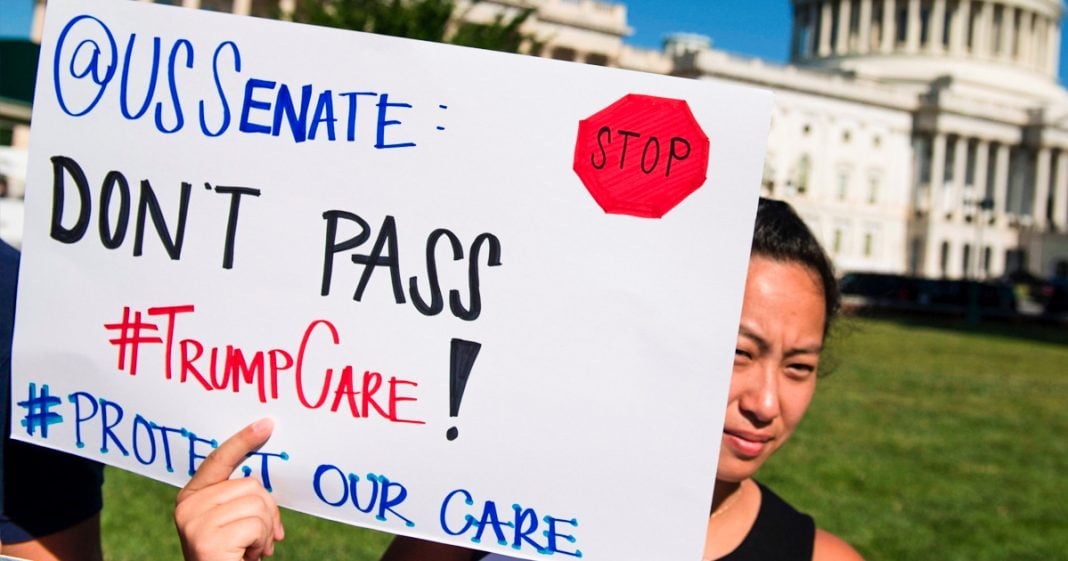 Republican leaders in the Senate are pushing their so-called “skinny bill,” a pared-down version of their untenable Obamacare repeal-and-replace legislation, despite mass protests and criticism from the left and right. John Nichols, Washington correspondent for the Nation, joins “News with Ed” to discuss why he believes Senate Republicans’ current push is “a disastrous approach rooted entirely in politics.”