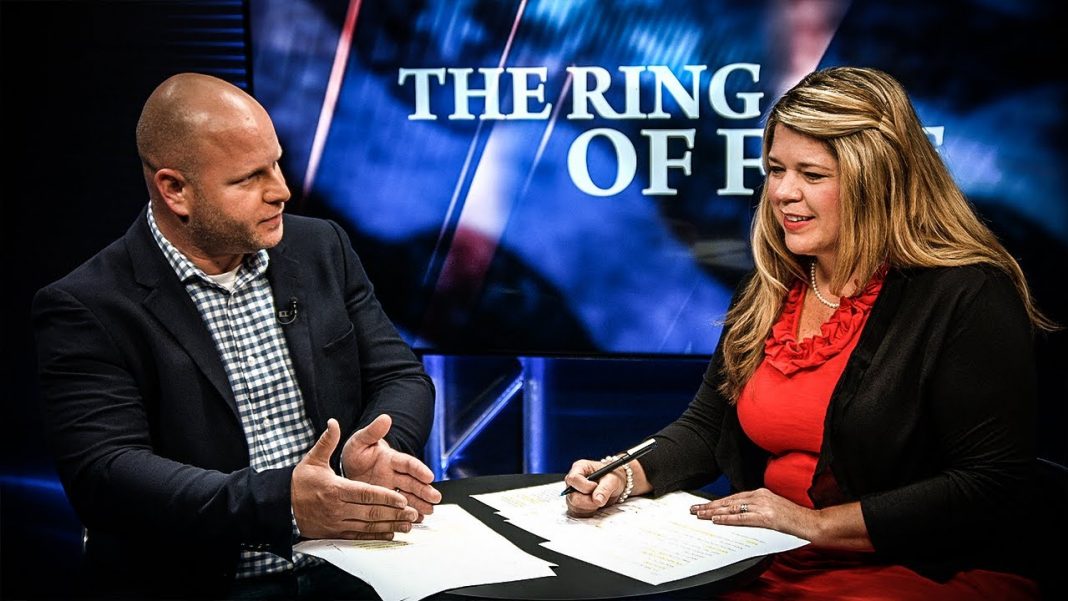 Actemra is an immunosuppressive medication used to treat the symptoms of moderate to severe rheumatoid arthritis. The medication was first approved by the FDA in 2010.

The drug has been marketed to doctors as not increasing the risk of heart failure, stroke and lung disease, which competing drug makers admit their rheumatoid arthritis medication does.

The problem is that Actemra does apparently carry this risk, and the manufacturer has misled the FDA and doctors in order to sell its drug.

To learn more about the lawsuits involving Actemra, visit Actemra Failure to Warn and Injuries

Farron Cousins: It’s estimated that about 1.5 million Americans suffer from rheumatoid arthritis and with such a large population suffering from a disease, it’s no wonder that big pharma has stepped up and offers a variety of different treatments, some more dangerous than the others. And one of the things that we are learning now is that one popular rheumatoid arthritis drug, actemra, is actually causing some very severe side effects that the company knew about allegedly but failed to warn consumers. For more on the dangers of actemra, I am joined by attorney Kim Adams, Kim has handled countless lawsuits against some of the biggest pharmaceutical companies in this country.

Kim Adams: I think specifically, we are seeing some of the same adverse reactions as we see with some of the other rheumatoid arthritis drugs, heart attacks, strokes, acute pancreatitis and interstitial fibrosis. So the danger with actemra is that it might be having high or higher adverse event reports as with the class of drugs that treat this severely debilitating condition.

But doctors and consumers are being misled because there are absolutely no warnings on the actemra label and I think that’s the concern that we’re seeing right now with this drug.

Farron Cousins: Absolutely. And see, that’s one of the things that I always like to explain to people about lawsuits, it’s not that a product came out and it caused horrible things and so we just sue, sue, sue. It’s when the company understands it and fails to warn consumers. Now we’ve had plenty of products like some of these other rheumatoid arthritis drugs, they come out and they say it can help with this disease, it can help with this condition but be warned, it’s been linked to these things.

Actemra just forgot, conveniently, that second step of putting that warning on the label, telling doctors about this and that’s when you’re gonna always run into liability problems with a company when they say “Well, it does these things but let’s not put that on the box, let’s maybe not tell the FDA, maybe tell the FDA and see if they’re okay with us putting this box out that doesn’t have a warning.” And that’s kind of what we’re seeing in this situation with actemra.

Kim Adams: Right, so essentially this is Roche’s fifth largest selling medication and that’s often a criticism of our drug safety evaluation, right. I think that some of the evaluators at the FDA may have been aware, have seen signals of these issues. The problem is, it may not have been significant enough for them to feel like they needed to force a label change. We’re stuck in a world of being innovative to cure these conditions and also giving the public the right to make a choice.

If you don’t put anything on those labels when you know it should be, our mode in this country is ask questions later. Let’s get it to the market which in some instances might be beneficial, but for something where there’s other markets and there’s other drugs in this class, you either want the drug company to take a little bit more time or warn now and if you want to remove that warning later, great but right now, if you’ve got a signal, let a person make the appropriate decision and let them make an informed decision. That’s why we do our job.

Farron Cousins: And there’s been a lot of, I guess, medical pharmaceuticals I should say in the same kind of category when there is plenty of other competitors on the market that do carry a warning or might actually just be safer, not cause these side effects but because of that rush to market, that quest for profit, a pharmaceutical company will come out, blood thinners are a great example, market it as safer even though it is not and then with the case of actemra, it could be as high or higher instances of heart attack and strokes and other deadly potentially side effects.

That’s what we’re seeing again here. The FDA basically fell down on the job here. I mean they still as far as I’ve seen from the current reading are not making them put this warning on yet and so as you pointed out with the informed decision making, we still can’t necessarily have that when we have the regulatory agencies and the pharmaceutical companies not doing their job which is the first step of telling doctors “This is a great medication but …” It’s the but that they’re not doing.

Kim Adams: That’s correct. And honestly, it is the manufacturer’s duty to monitor this drug and in fact, with actemra specifically, some of the researchers may have had a little bit of concern about pushing it through but they pushed it through based on and on the condition that Roche would continue to study this drug long-term.

We can get into all the financial interest that might go into a drug company funding the studies that it has committed all these dollars to to market but outside of that, there is no protocol of the FDA necessarily to follow up on these studies and these adverse events that happen. And so, yes, we want them to act but Lord only knows how long it’s going to take them to act, how many people will die. You know, 50% of the population, it’s estimated, potentially can die from an acute pancreatitis attack. So this is not a condition where maybe someone, their fingernails stop growing. I’m just throwing out examples. This is death caused by these drugs, actemra specifically.

You know, they looked at, as you mentioned when we opened, I think 13,000 of the adverse event reports that they review, 1,000, 1,100 of those were death cases. Unfortunately, there is not enough information in the form that you fill out that says “This happened after this drug” for the FDA or anyone else to make those, it’s up to the drug companies to get in and investigate those and unfortunately, I just don’t think that happens.

Farron Cousins: So at this point, hundreds of potentially, 1,100 people died while taking this medication, there are other alternatives, they might carry the same risks but at least with those, the drug company tried to, I guess, cover themselves by saying “Listen, it might help your rheumatoid arthritis, you might get a heart attack or stroke. Those are risk benefits that you, the patient, needs to weigh out, we’ve given you what you need.” Actemra, Roche, has essentially failed to do that and that’s why we’re starting to see this story take hold right now.

Kim Adams: I think so and unfortunately, I think that it might … you know, it’s been akin to the vioxx situation, I know none of this is gonna be the exact same deal but in vioxx it took a time period before “Oh my goodness, these early clinical preliminary information didn’t show us what we found out years later.” Actemra was showing the same situations, I forget which doctor it was but a couple of doctors that were on the FDA panel saw the increased elevations in triglycerides, in lipids and things that do contribute to a heart attack that you’re not gonna have necessarily immediately. It might be a time tense sort of issue but the problem is, how much time?

Farron Cousins: Right. And Roche could easily do the right thing, go ahead and at least stick some kind of warning on there but they continue to refuse to. Kim Adams, appreciate your work on everything you do to keep consumers safe.

Farron Cousins: And thank you very much for talking with us today.