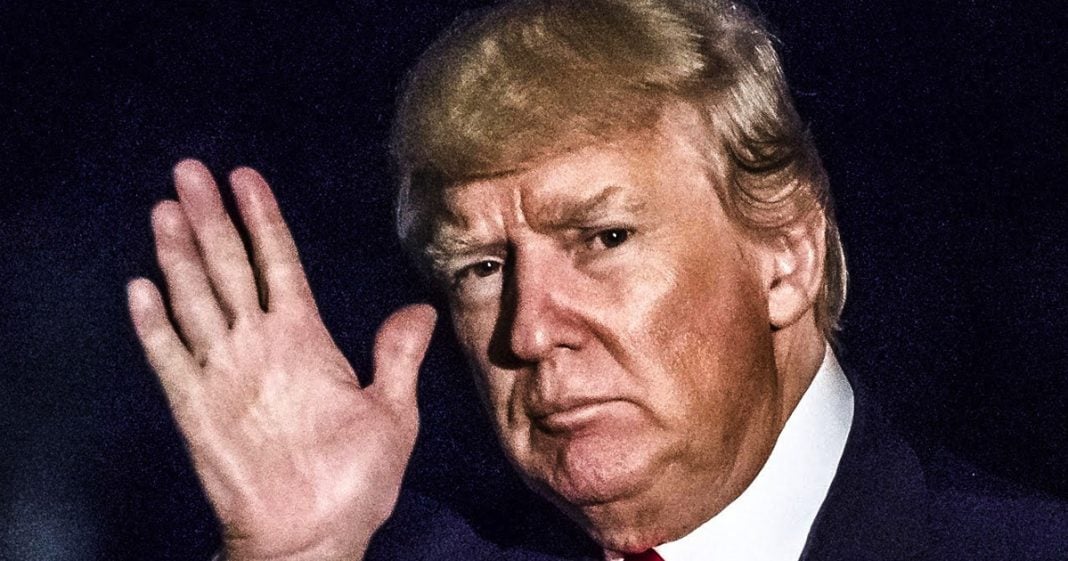 Donald Trump is furious that a Republican senator from Alaska – Lisa Murkowski – will not vote for a bill that hasn’t been properly vetted and that would strip 22 million people of their health insurance, so he had the Interior Department make contact with Murkowski and fellow Alaskan Republican Senator Dan Sullivan to threaten the state’s funding and resources. This is stunningly disgusting behavior from the White House, but sadly it is what we’ve come to expect from Donald Trump. Ring of Fire’s Farron Cousins discusses this.

Donald Trump is super pissed off at a Republican Alaskan Senator, Lisa Murkowski, because Murkowski refused to vote in favor of the Republican healthcare bill that most people in the Senate have not read, that does not have a firm CBO score yet, that has not been properly vetted, that has not been properly debated. So she, showing a little bit of backbone, decides you know what? I’m not going to vote for this disaster of a bill because we don’t know enough about it, but what we do know about it is that it’s going to be a horrible thing for the American Public. So she stood up to her party. She stood up to the president and said, “No. I’m not going to do it.”

It pissed Donald Trump off. On Wednesday he took to Twitter to go after Murkowski, but that’s just what the public knew about. They saw his tweets, how unhappy he was with her, but behind the scenes, the Interior Secretary Ryan Zinke called both Dan Sullivan, another Republican Senator from Alaska and Lisa Murkowski, to let them know that there’s going to be consequences for them, potential consequences if they don’t fall in line or if Sullivan can’t get Murkowski to fall in line with the Republican healthcare plan. Specifically Interior Secretary Ryan Zinke threatened the state of Alaska that they were going to pull out funding. They were going to shut down oil exploration processes, which to be honest isn’t a bad thing.

In the world of politics, when it is literally a matter of people’s lives and their livelihoods, this is disgusting unethical behavior that amounts to extortion by definition. That is what Donald Trump and the Interior Secretary are doing with the state of Alaska today. It is extortion. Seeking to get something from an individual in exchange for material gain. That is what is happening here. They want to cut off the state of Alaska, cut as much funding as they can, cripple the economy, leave people without jobs, all because one woman had the guts to stand up to Donald Trump.

Now the big question at this point is, will there be more Murkowski’s? Will they see this horrible behavior from the president of the United States and say I don’t want to be a part of that. I don’t want to support it. I want to support my fellow Republican who’s been a very loyal Republican for a long time. Or are they going to be like John McCain. Talk a big game. Say I don’t like this man. He’s horrible. All this stuff’s bad, then literally vote for every single thing the man wants you to vote. The Republican Party right now actually has a choice. Are they going to stand up to this bully of a president and be like Murkowski? Or are they going to be little cowards and run away any time there’s a fight, like John McCain. That’s the choice that the Republican Party has to make and they have to make it pretty damn quick.