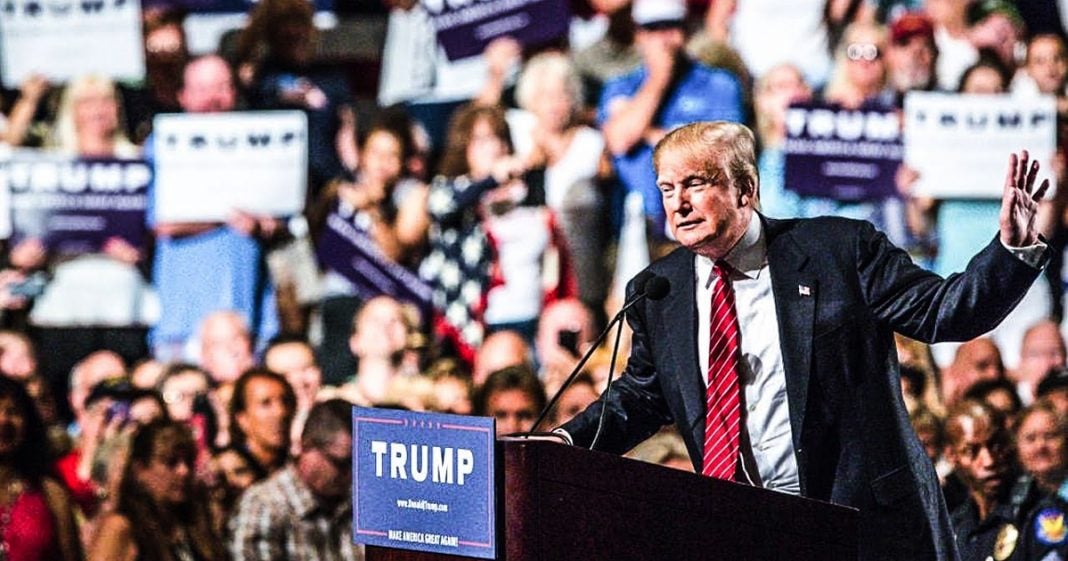 According to a new poll, 45% of Republicans in the U.S. think that “biased” and “inaccurate” news outlets should be shut down by the federal government. Someone should tell these people that Fox News would be the first to go if their wish comes true, and you may also want to mention that this would be unconstitutional. Ring of Fire’s Farron Cousins discusses this.

A new poll conducted by the Economist and YouGov shows that 45% of Republicans in this country believe that the government should be allowed to shut down media outlets that they deem as biased or inaccurate. Now I don’t know if Republicans in this country realize that this would mean that Fox News would be the first network to be shut down, but that’s what Republicans believe. If you’re biased, if you have a left-wing slant or if you have a right-wing slant, because it would go both ways, the government should be able to step in and just shut you down.

Well, I’ve got some news for these 45% of Republicans. First of all, that is blatantly unconstitutional. The press is protected by the First Amendment to the US Constitution, or did you not bother to read that one because you were too busy fawning over the Second Amendment? Second of all, facts do not have a liberal bias. Yes, commentary does, but facts do not. They’re just facts. They’re indisputable things that no matter how hard you try, you can’t convince people that they’re lies. Well, you can convince people, but that doesn’t make it so. Republicans in this country think that any kind of negative attention towards any Republican, any fact or figure or statistic that shows that Republican policies do not work, it’s all fake news and Donald Trump has helped perpetuate the myth that all of this is just fake news while in reality, it’s the result of studies conducted by professionals and experts and people who do this kind of thing for a living, people with no political agenda. But Republicans, because it doesn’t fit into their narrow, little worldview, want to shut it down even if it violates the Constitution.

There is a very real fake news problem in the United States. There is a huge bias problem, but it’s not coming from the left-wing media. It’s coming from the Drudge Report, from Breitbart, from Limbaugh, from Glenn Beck, and most importantly, from Fox News. Those are the outlets that need to be stopped because they are actually harming the American public. Throw Alex Jones in that lot too. The lies and misinformation and hatred that they spread have real world consequences. In that instance, it would be possible for the government to step in, if they had the courage, and shut them down, but they won’t do it because those outlets are on their side, so Republicans can piss and moan about liberal media, liberal press all they want, but at the end of the day the only news outlets that are causing any real harm to this country are the ones coming from the Right.