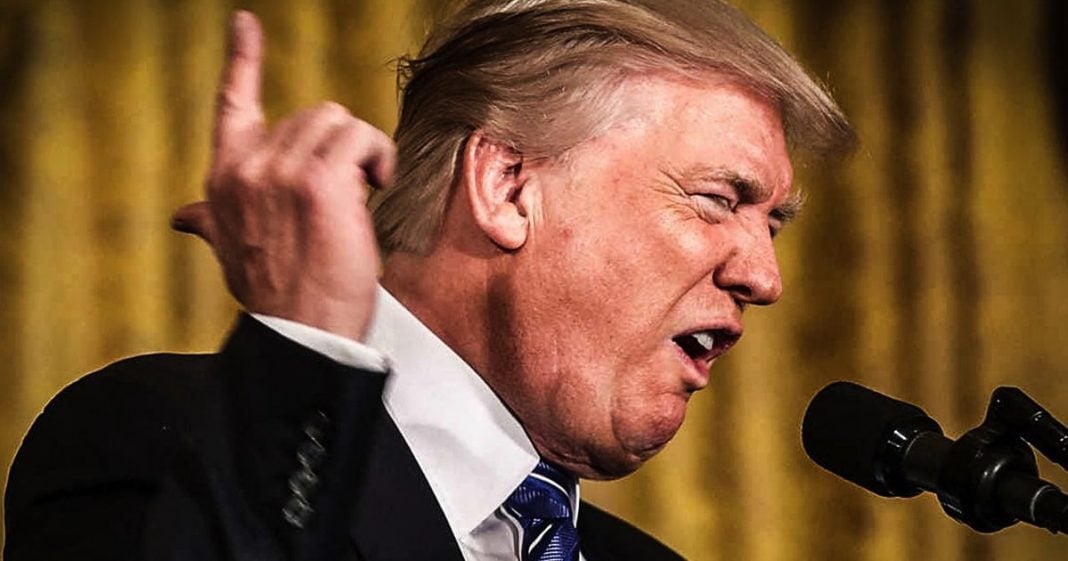 During a speech in Ohio this week, Donald Trump claimed that it was incredibly easy to act presidential, he just doesn’t think that’s what he needs to do. He then told the crowd that he’s been more presidential than anyone else that’s ever held that office, with the exception of Abraham Lincoln. He clearly doesn’t know what the word “presidential” means. Ring of Fire’s Farron Cousins discusses this.

They weren’t accusing former presidents of felonies like you did with Obama and the wiretapping thing for which you still have provided zero evidence. They weren’t out there making comments to world leaders’ wives saying, “Wow, you’ve got a great body.” That’s just the kind of thing that’s inappropriate and about as far from presidential as a human being can get. Nobody else was doing things like that. They might have been doing it in private, behind closed doors. Lots of them had affairs, lots of them had mistresses, lots of them did some unsavory things, but when it came time to put their childish ways aside and address the country or meet with foreign leaders, they knew how to do it. That’s what being presidential means. That’s not condoning any of the horrible crap every one of them has done at some point.

But it’s saying that when it’s time to get in front of a camera, when it’s time to go meet with a foreign dignitary, when you’re traveling overseas on a goodwill mission, representing the entire country, that you know how to act. You can do it without insulting people. You can do it while speaking in complete sentences. You can do it while not looking like a national embarrassment. Trump is not the most presidential person of all time. In fact, he’s probably right there down at the bottom of the list. Unfortunately, that’s a thing that we also have to understand at this point. Forever, until this country ceases to be, Donald Trump will be listed on every single list of American presidents. That’s a hard pill to swallow.

This man that is so unprofessional, so disgusting, will forever be known as a president of the United States, a black mark on our history. Yet he somehow thinks that he’s better than almost every other person that’s ever served in that office.