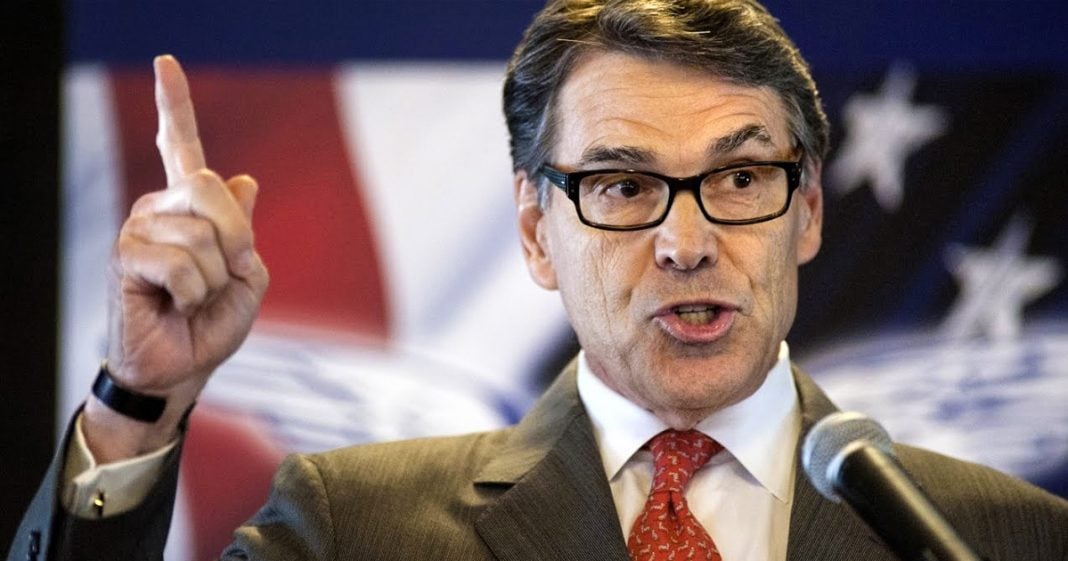 On Tuesday, it was discovered that former Texas Governor and current head of the Department of Energy Rick Scott held a lengthy conversation about international affairs with a pair of Russian comedians who were posing as officials.

Perry was led to believe that he was on a phone call with Ukraine’s prime minister, when in fact he was talking with Pranksters Vladimir Krasnov and Alexei Stolyarov, the “Jerky Boys of Russia.”

During the 22-minute call which was made on July 19, Perry discussed with the faux-Prime minister the exchange of energy supplies between the U.S. and Ukraine.

“Giving Ukraine more options with some of our technology is, I think, in everyone’s best interest with the exception of the Russians, but that’s OK.”

Perry discussed a wide range of topics besides Ukraine’s energy exports, including the Paris Climate Accord and sanctions against Russia.

With the ongoing investigations into Russia-U.S. relations, the timing of this call could not have been more perfect.

Though Perry is no doubt embarrassed beyond belief to have been tricked, the prankster duo makes it their job to go after high-level celebrities and politicians and once succeeded in leading Elton John into believing he was speaking with Russian President Vladimir Putin.

Still, the Department of Energy believes Perry was targeted in particular because the duo often goes against those whose opinions they don’t agree with.

From the Department of Energy:

“These individuals are known for pranking high-level officials and celebrities, particularly those who are supportive of an agenda that is not in line with their governments. In this case, the energy security of Ukraine.”