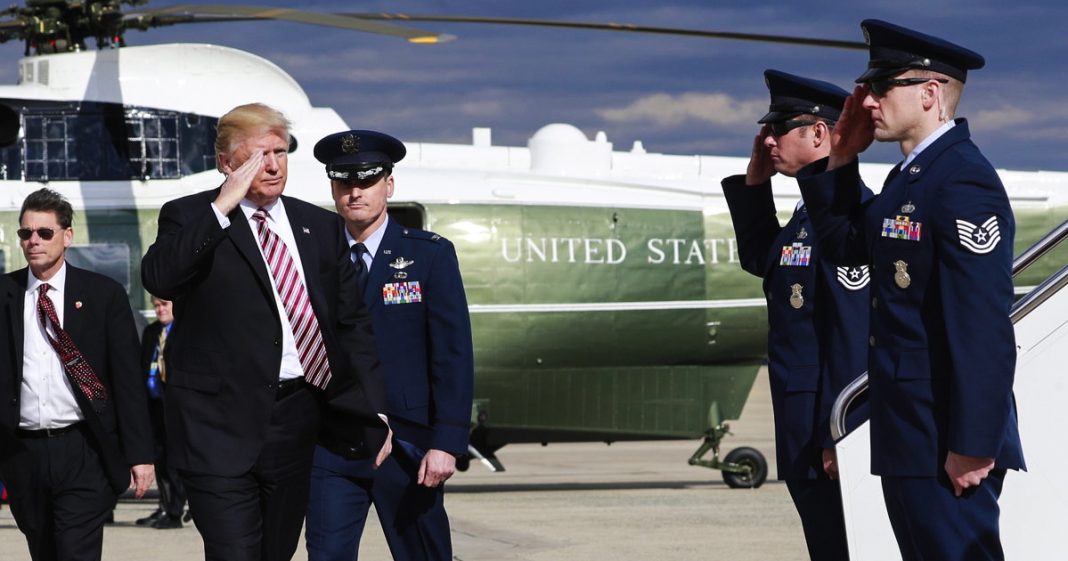 On Wednesday morning, President Trump dropped a bombshell on Twitter when he declared that the U.S. Military would not be accepting any transgender recruits at any point in the future, a walk-back from an Obama-era decision that was meant to take place in June.

President Trump said that allowing trans Americans to join the military would be nothing more than an expensive distraction from the military’s mission, a deeply uneducated and ignorant statement.

After consultation with my Generals and military experts, please be advised that the United States Government will not accept or allow……

….Transgender individuals to serve in any capacity in the U.S. Military. Our military must be focused on decisive and overwhelming…..

….victory and cannot be burdened with the tremendous medical costs and disruption that transgender in the military would entail. Thank you

Trump’s announcement is in line with recent opinion from the Department of Defense which placed an Obama-era plan to integrate trans recruits in the military beginning in June. Mattis delayed that plan, saying that the DoD needed more time to evaluate whether the plan was an effective one.

Congressional Republicans cheered the decision to delay and said that the rule should be ended altogether – an opinion that President Trump apparently shares.

As is so often the case, it is likely that Trump’s series of tweets on the subject are not based in reality, or prior conversations with the Pentagon. Though the delay was put into place by the department, does Trump’s statement carry any actual weight?

Regardless, those who oppose integrating trans recruits into the military now know where the President stands – firmly on the side of ignorance and prejudice.