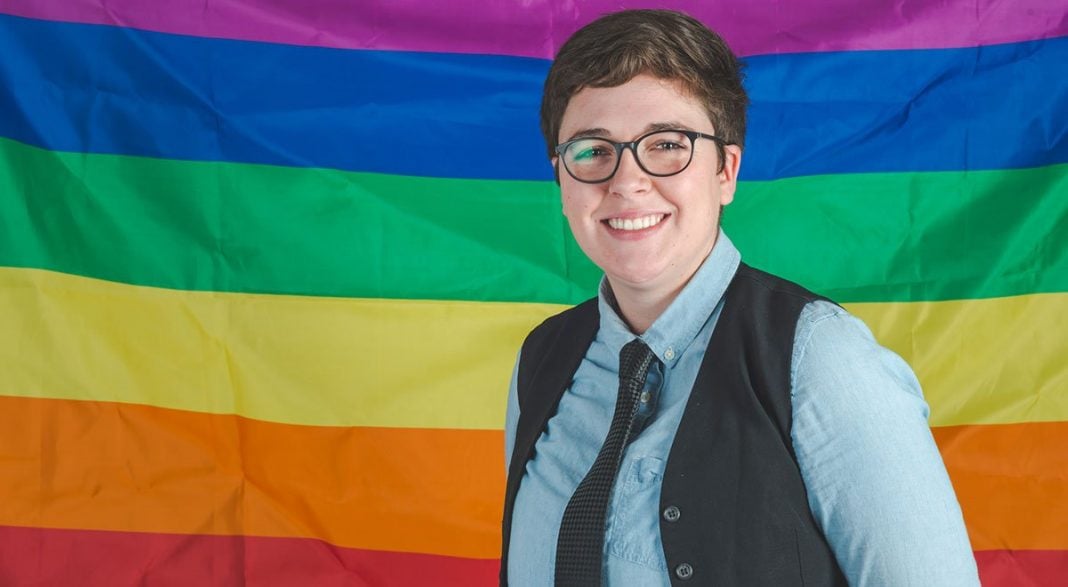 The right-wing GOP can certainly be a study in contradictions. Case in point: as New Jersey governor Chris Christie is moving forward on transgender equality in his state, Donald Trump is quickly moving to reverse all such gains.

This week, Governor Christie signed off on S. 3067, which orders New Jersey’s Commissioner of Education to start coming up with guidelines providing “a supportive and nondiscriminatory environment for transgender students” in the Garden State’s public schools.

According to this law, such guidelines should include protections for transgender students from discrimination and harassment, while allowing them to participate in gender-segregated activities (i.e., sports) according to their gender identity. In general, public school guidelines are to fully recognize and respect a student’s gender identity in terms of identification, use of facilities such as bathrooms and locker rooms, dress codes, and preferred pronouns and personal names.

Christie has also signed another bill, A4568, which will prohibit the health care industry from engaging in any type of discrimination, including denial of coverage or services, or being forced to pay extra because of a person’s transgender status.

Contrast that with Trump’s recent actions. This past February, Trump revoked President Obama’s guidelines that would require public schools to allow transgender students to use restrooms in accordance with their gender identity. In May, Trump attempted to revoke regulations under the Affordable Care Act that prohibited transgender discrimination in health care. Fortunately, a federal judge put the kibosh on that, and so far, the Trump Administration has not appealed that ruling. However, this week, Trump announced a ban on transgender people serving in the military – yet one more reversal of President Obama’s progressive policies on this issue.

In his latest attack on transgender rights, Trump claimed that the armed forces “cannot be burdened with the tremendous medical costs and disruption that transgender in the military would entail.” This decision was made only one day before a deadline given for the armed services to institute transgender-inclusive medical and health care standards. Trump’s action could affect as many as 11,000 service personnel.

Granted, Christie has not always been a champion for LGBTQ rights. Four years ago, he was an opponent of marriage equality. However, when New Jersey’s ban on same-sex marriage was struck down in court, his administration did not pursue an appeal. That same year, he signed a bill banning “conversion therapy” for gays and lesbians, acknowledging what science has concluded – that homosexuality is a biological trait, not a learned behavior (same-sex bonding is present in virtually all mammal species). On the other hand, Christie has vetoed two bills that would have enabled transgender people to more easily change gender identity on their birth certificates, citing concerns over “fraud, deception and abuse.”

Regardless of his mixed record on LGBTQ rights, Christie – unlike Trump – appears to be on the right side of history. Transgender people have been part of human societies for as long as our species has existed. In many of those cultures and societies, transgender people were not only accepted, but honored and/or had special status in the community. Recently, both Time and National Geographic published feature articles on gender identification, and how members of today’s younger generation are thinking far beyond “traditional” labels such as male and female – and embracing all of them.

Given all his shenanigans and scandals, Christie is far from an ideal leader – but on this issue, we have to give the man credit.