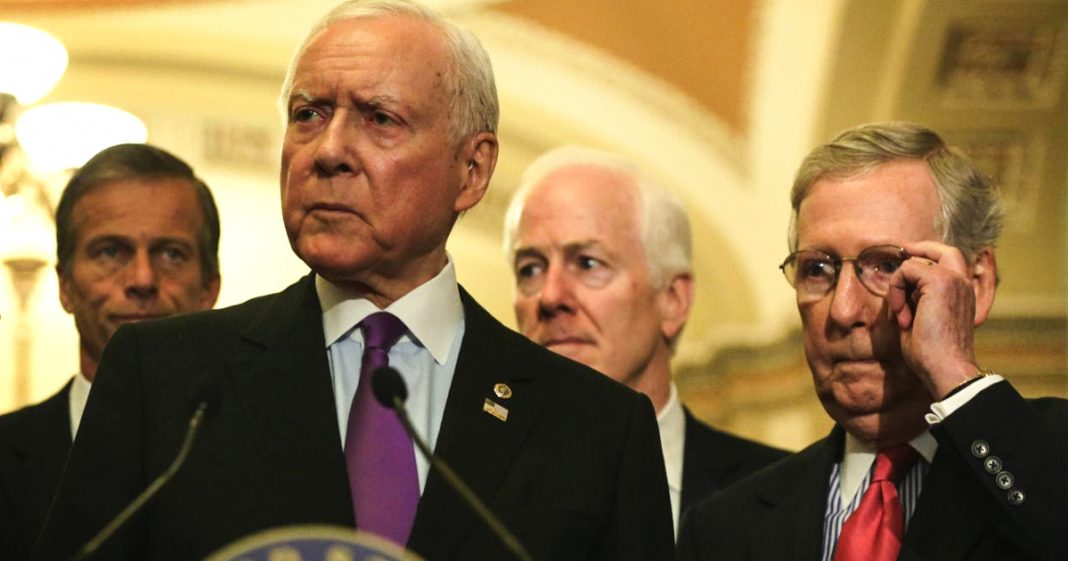 On Tuesday, Republican lawmakers celebrated a victory as they reached a near consensus to begin the debate over healthcare, a debate which would ultimately result in a decisive vote to either repeal the ACA, repeal and replace the ACA, or to leave the ACA the hell alone.

And though the vote was decided happily by Vice President Mike Pence, leadership would quickly learn that one victorious vote would not shortly translate into others. The most recent attempt to shove an unvetted healthcare bill through the legislature fell flat on its face later that evening.

In a 43-47 vote, the Better Care Reconciliation Act failed with a shocking nine Republican Senators voting against it. Notably, Senator John McCain, who just hours earlier said he would vote against the healthcare bill as-is voted for the bill.

Collins and Murkowski were the only two Republicans to vote against the motion to proceed with debate.

Though they have failed once more, Republican leadership is not yet dissuaded (their commitment to screw over the American people has no limit it would seem). Now, the Senate is looking at a “skinny repeal” of Obamacare which would gut vital aspects of the current healthcare system.

“At this point, the idea is for Republicans to just pass this smaller repeal ― which will likely get rid of the individual and employer mandates, as well as a medical devices tax ― and enter into a conference with the House so that Republicans can come up with some larger repeal-and-replace measure later.”