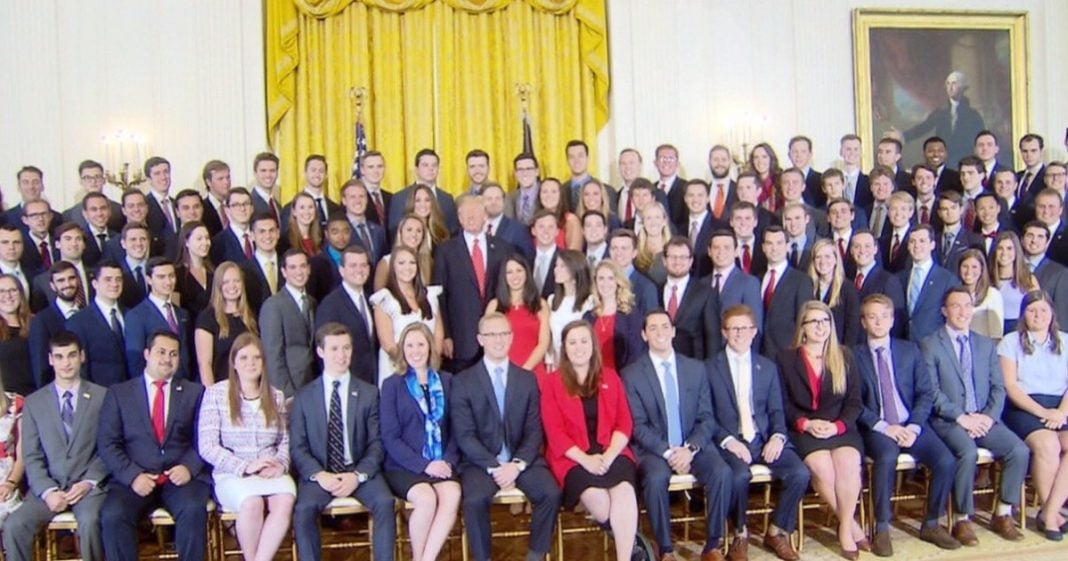 This week, President Donald Trump posed with his administration’s crop of interns, and unsurprisingly, the photo revealed a startling lack of diversity both racially and across gender lines.

Proud of young people who pursue public interest. But this #WhiteHouse intern photo is shocking & does not reflect diversity of US today. pic.twitter.com/ilTVUGftX6

Unlike in the Obama years where diversity was abundant, it is possible (and even likely) that people of color and young women chose in fewer numbers to apply at all. After all, who would willingly choose to serve under Trump and forever mar their resume with his toxicity?

But that is the sad part of this – Trump’s extreme politics are not only likely to give fewer opportunities to women and POC’s, but because of his stance on key issues, they may choose to stay out of politics entirely.

Of course there is the other side of the spectrum – the number of young people, women, and minorities who are using Trump’s presidency as inspiration for their own political runs. Though they are bypassing some of the more traditional steps for political office, they are seeking to oppose Trump by elected office and political race.

So while the White House might be #SoWhite, we can soon hope to see a more diverse Congress and Senate thanks to the opposition to Trump.