On Monday, America’s Lawyer, Mike Papantonio and a team from his firm, Levin Papantonio, met in Flagstaff, Arizona with the Coalition of Large Tribes (COLT) with the purpose of holding pharmaceutical companies accountable for the damage that opioids have done in Native American communities.

While the American opioid epidemic is widespread, the Native American population has seen the worst of it. In a recent court filing, it was revealed that in a 14-county area that encompasses Cherokee tribal areas in Oklahoma, more than 97 million doses of prescription opioids were written for a population of only 1.1 million people.

The epidemic is tearing apart Native American families. According to Nikki Limore, the Executive Director of Cherokee Nation Indian Child Welfare, as many as 40 percent of cases involving depraved children stem from the abuse of opioids.

Native American leaders fear that the problem will only get worse. With the Republican efforts to repeal and replace the Affordable Care Act, public health dollars could be slashed, gutting drug prevention programs and Medicaid services dramatically. Native American populations rely heavily on Medicaid programs.

“Medicaid is a huge poverty eliminator. With the proposed reduction in Medicaid across the country, and therefore the collateral impact on the ability to have drug prevention centers, best practices, research, it’s going to have a cascading effect. At the time when we need, our society and Indian country needs more than ever best practices, drug abuse centers, any way to alleviate poverty and provide an environment of hope, we are doing the direct opposite of what should be done.”

“These companies say that they had no way of knowing that someone would get hooked on their painkillers. They say that they did not know that prescription opioids would end up with a massive street-level marketplace, or that their drugs would tear apart communities. When in fact, we are seeing that it was part of their business plan. These drugs were developed for a very narrow use, but Big Pharma had to figure out a way to take a $150 million product and turn it into a multi-billion dollar industry.”

While the Department of Justice is cracking down on doctors, pharmacists, and medical professionals, opioid manufacturers have yet to be dealt any substantive punishments. In 2007,  Purdue was forced to pay out over $600 million in damages after it was discovered that the company consistently lied to regulators and medical professionals about the addictive nature of their drug, OxyContin. While the figure may sound large, it pales in comparison to the fact that Purdue brings in over $3 billion each year.

Papantonio believes that it is time to start holding the opioid manufacturers more accountable:

“If an everyday citizen lied to someone in order to get them hooked on drugs, then in turn made obscene profits from it, they would face serious consequences. Instead, these Big Pharma executives are continuing to get rich off of people that cannot escape the horrible cycle of addiction. Meanwhile, the taxpayers are footing the massive bill for this public health crisis.”

Rogers agrees that to this point, corporate drug manufacturers have not faced stiff enough punishment:

Some tribes have already filed suits against distributors of the harmful pills, like Walmart, CVS, and Walgreens for the tremendous tax burden caused by the opioid epidemic. Meanwhile, tribes, like those associated with COLT, will be looking to take legal action in the near future.

For more information on the fight against opioids, visit www.levinlaw.com/government-opioid-lawsuit. 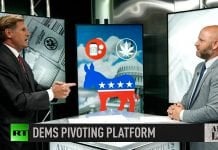