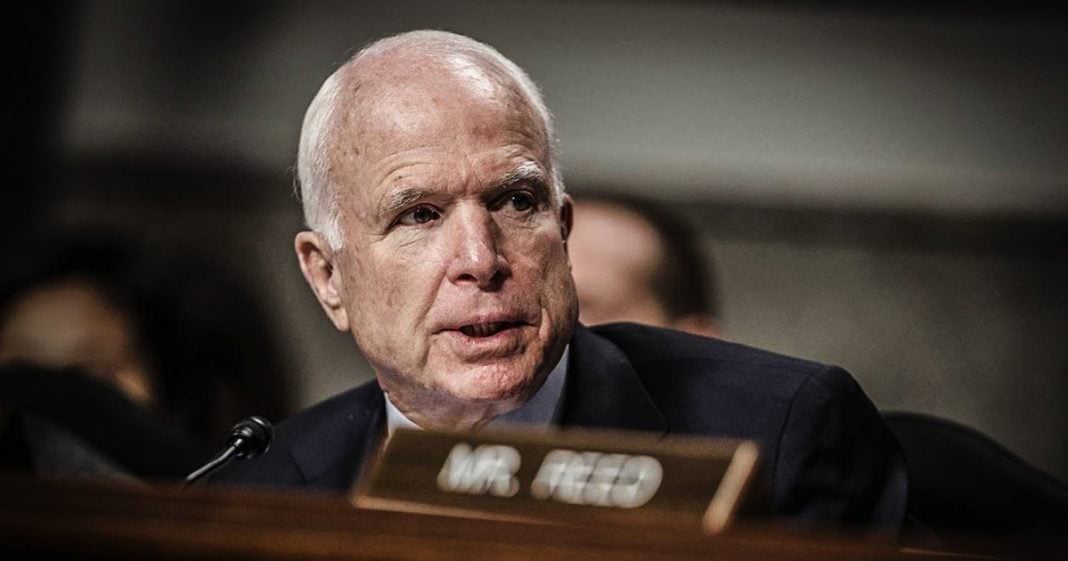 On Tuesday, Senator John McCain is expected to receive a doctor’s note and return to the Senate so that he can vote in favor of the Republican healthcare bill, resulting in the loss of coverage for millions of Americans.

The Senator, who received a terminal diagnosis of aggressive brain cancer Glioblastoma, made it clear in the immediate aftermath of the news that he would be returning to work – but no one knew just how soon.

McCain’s vote is sorely needed if Republicans hope to pass the latest draft of their disastrous “health care bill,” a bill that continues to be opposed by a small number of Republican Senators.

The most recent vote on the latest draft of the healthcare bill was postponed in the wake of McCain’s surgery and hospitalization, a delay which shortly resulted in the death of the bill as two Republican Senators turned against it.

Now, McCain is hoping to prevent the death of another bill by returning to the Senate in his final months in order to ensure that millions do not have access to the health coverage that enabled him to discover and treat his tumor.

Knowing that McCain is willing to vote in favor of a health care bill which would strip coverage from millions upon millions even as he embarks on his battle against aggressive brain cancer is simply nauseating. John McCain is no longer a Senator protecting his seat in the Senate – now he is a man carefully constructing his dying legacy.

Why, now that he has nothing to lose, would he choose partisan hackery over doing what he knows is right? Why would he knowingly vote to deny millions what is giving him the only chance of living?