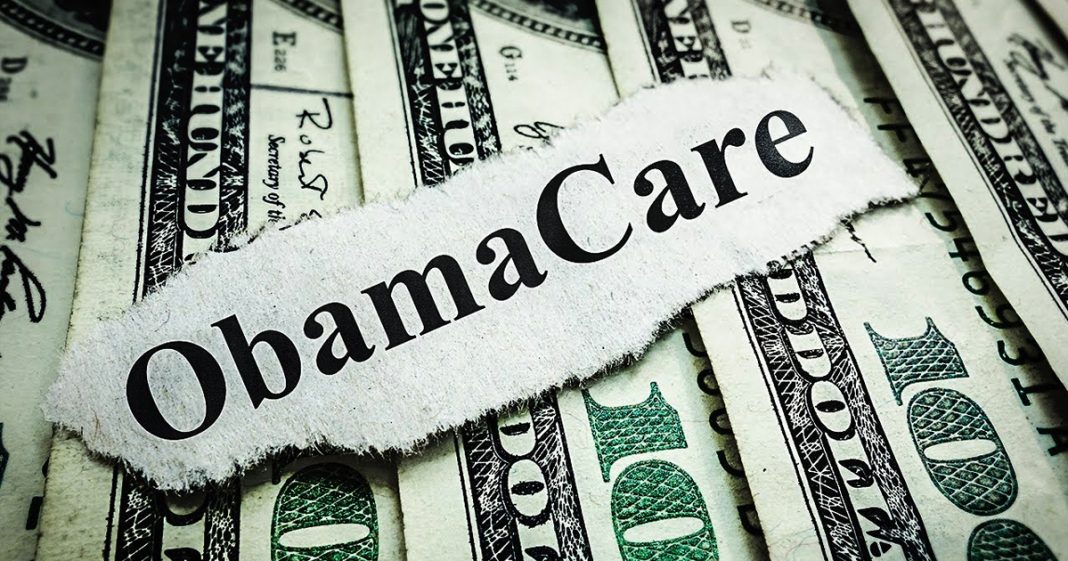 While Republicans continue to scream about the fact that Obamacare (The Affordable Care Act) has failed and that it is raising our premiums, healthcare CEOs just sat back and chuckled to themselves because they know the truth. Over the last 7 years, 70 healthcare CEOs combined have pulled in more than $9.8 BILLION dollars in pay. These people are the reason that our healthcare costs are rising so fast – they want more money. Ring of Fire’s Farron Cousins discusses this.

Everybody in this country understands that the reason our healthcare premiums are rising is because of the Affordable Care Act, right? That’s the talking points Republicans have been selling us for about a year now. Everything that’s bad with our healthcare system, our rising costs, our lack of coverage, yada, yada, yada, it’s all because of Obamacare. Well, it turns out none of that is true whatsoever, and anybody who’s been paying attention understands that, but there’s actually a new report that has come out that clearly explains why our health insurance premiums are rising so high.

According to a new report, the cumulative salaries of 70 healthcare company CEOs, for the last seven years, was 9.8 billion dollars. So basically, you have 70 different people who are pulling in together more than one billion dollars a year, split between them. They’re each making millions upon millions upon millions of dollars every single year in salary, in profit, running healthcare companies, health insurance companies. What this shows is that the problem is not the Affordable Care Act. If the Affordable Care Act was the reason insurance premiums were rising, because people were demanding more care and insurance companies and healthcare companies were spending more money, then they wouldn’t be pulling in millions and millions and millions of dollars a year.

They wouldn’t pull in 9.8 billion dollars in seven years. There’s no way that could happen. If Obamacare was destroying it, there wouldn’t be profits, certainly not approaching 10 billion dollars, but they are. The reason our health insurance premiums have risen and have risen so much is because of healthcare CEO, corporate executive, stockholder, shareholder greed. That is the only reason. The Affordable Care Act didn’t change their greed, it didn’t curb their greed. All it said was that for the first few years, you’re not allowed to raise premiums.

It didn’t say you have to raise premiums after that certain amount of time. It just said you couldn’t do it during the previous amount of time. So as soon as that limitation expired, they raised your rates. Not because they needed to, not because they had to, because they wanted to. Because they wanted more money. Go and look at the numbers. If Obamacare was hurting the healthcare industry, they wouldn’t be pulling in billions of dollars in profit a year, paying their CEOs millions and millions of dollars, and now we have the Republicans attempting to strip healthcare from 22 million people, under the guise that Obamacare is to blame for all of our problems.

You know what the problem is in this instance? And I kind of hate to have to say this. It’s capitalism. Capitalism has failed us in this particular industry. Capitalism, a for-profit healthcare system in the United States clearly doesn’t work. It doesn’t. You can’t point to any statistics that show that this is better than a single payer system or universal healthcare system, or anything else. Profits have to be taken out of this equation. This is one of those industries, as we have seen from other industrialized countries in the world that are having success with it, this is one of those industries that needs to be taken over by the government.

The government needs to be in charge of our healthcare, and you may not trust the government, I get it. But do you really trust these health insurance CEOs that are pulling in millions of dollars a year, that are actually actively going out there and lying to you about it? I’m going to put my faith in the government over a corporate CEO, nearly every single time.