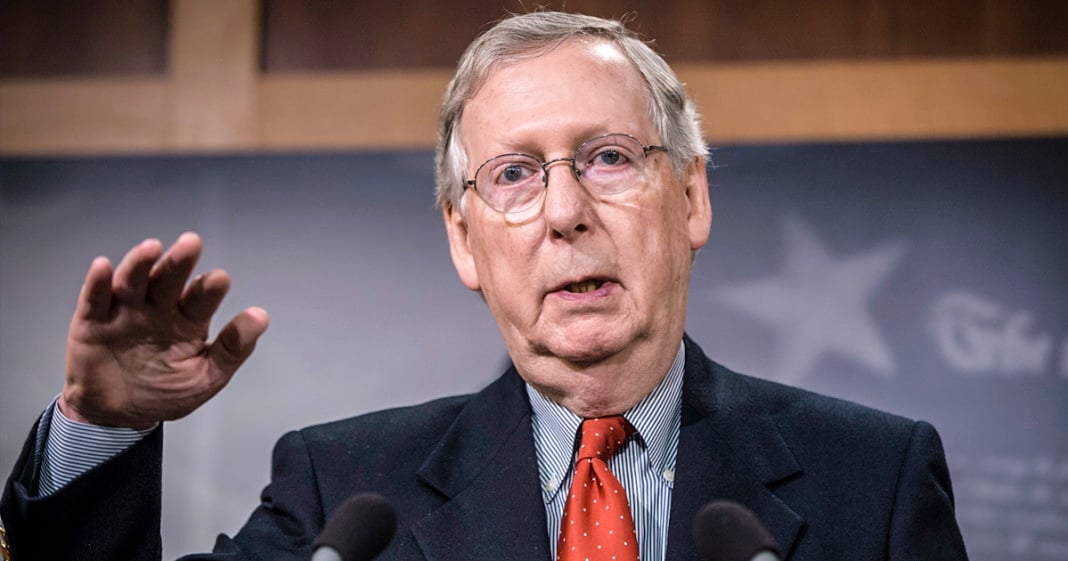 While the rest of the country was otherwise occupied last week, a Republican senator from Wisconsin drove another nail into the coffin of so-called “Trumpcare” when he accused Senate majority leader Mitch McConnell of committing “a pretty significant breach of trust.” At the heart of McConnell’s characteristic duplicity are assurances he made to two Republican colleagues who represent states receiving Medicaid expansion funds.

Senators Rob Portman of Ohio and Shelly Moore Capito of West Virginia have publicly expressed doubts about repeal of the ACA. In a press release last week, Senator Capito issued the following statement:

“I have serious concerns about how we continue to provide affordable care to those who have benefited from West Virginia’s decision to expand Medicaid…all of the Senate health care discussion drafts have failed to address these concerns adequately. My position on this issue is driven by its impact on West Virginians. With that in mind, I cannot vote to repeal Obamacare without a replacement plan that addresses my concerns and the needs of West Virginians.”

Unfortunately for McConnell, he needs those two senators on board in order to pass the bill that will strip health coverage from as many as 32 million Americans.

According to a story in the Washington Post, the current incarnation of this cruel and spiteful bill – which has the Orwellian name of the “Better Care Reconciliation Act” –  will not restore many of the deep cuts in Medicaid funding that worry moderate senators. In an attempt to reassure Senate colleagues who remain sitting on the proverbial fence, McConnell told them that the more serious cuts to Medicaid are so far down the road that they are unlikely to go into effect.

According to Senator Johnson, those comments are deceptive at best. In an interview with a local Green Bay newspaper, he said, “If our leader is basically saying don’t worry about it, we’ve designed it so that those reforms will never take effect, first of all, that’s a pretty significant breach of trust, and why support the bill then?”

Currently, ACA repeal is hanging by a thread: Rand Paul of Kentucky and Susan Collins of Maine have already gone on record stating they will vote against the bill. That leaves the GOP-controlled Senate with fifty votes – which could result in a tie that would certainly be broken by Vice President Mike Pence. However, if they lose Johnson, it will be over for Trumpcare for the 155th Congress.

Furthermore, even if McConnell appears to have reassured Capito and Portman with his empty “assurances” that their states will not lose Medicare funding immediately, he has risked alienating others who might otherwise vote for the bill. In addition to Paul and Johnson, Ted Cruz of Texas and Mike Lee of Utah have said they are “not ready to vote for this bill…[because] it does not appear this draft as written will accomplish the most important promise that we made to Americans: to repeal Obamacare and lower their health care costs.”

If they vote no, the GOP plot to destroy health care for millions will be dead and buried – as well it should be. Hopefully, those GOP senators who still have an ounce of compassion and humanity in their souls will see through McConnell’s “reassurance” for what it is – a desperate ploy by a pathetic, corrupt politician desperate to shove through highly unpopular and dangerous legislation that is opposed by most Americans across the board.