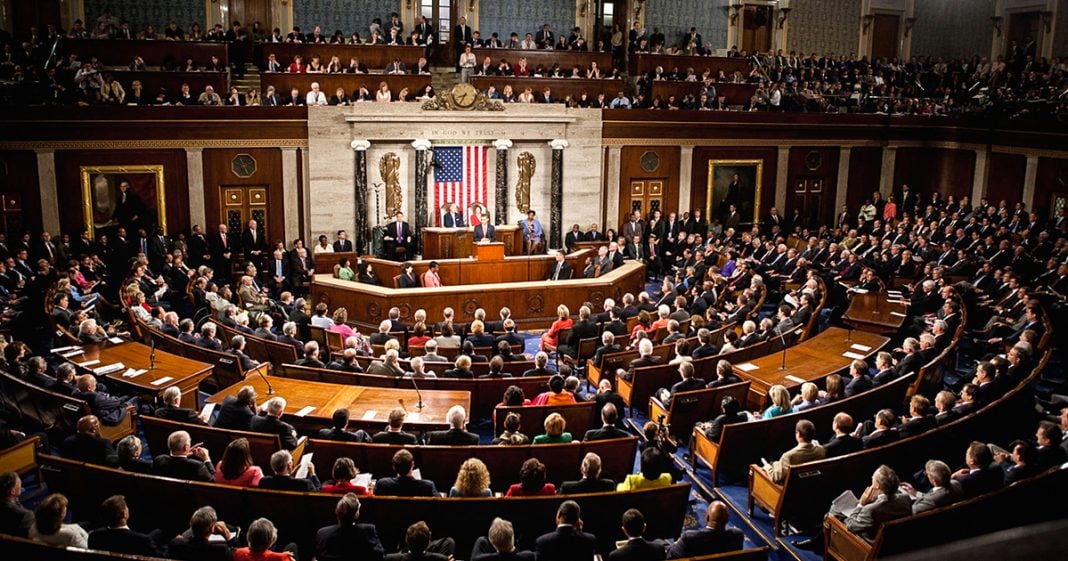 On Tuesday afternoon, the Senate voted in favor of moving forward debate about a mystery health care bill, the contents of which none of the Senators who voted for or against it are familiar.

While Republicans on the roster (mostly) voted “yea,” Democratic Senators Refused to even cast a vote on the motion, objecting to the vote entirely until Republicans had concluded their voting. At that time, the vote sat at 48 yes, 2 no.

Republicans elected to wait for the votes of several missing Senators, including John McCain, an expected “yea,” and Ron Johnson, a possible “nay.” Despite concern that Johnson may vote against the motion, he gave a quick “aye” after holding a lengthy discussion with Senator Mitch McConnell.

Casting a tie-breaker vote, Vice President Mike Pence sided with the majority of the Republican leadership and voted to advance the motion to debate.

The decision to hold the vote was made by Senate Majority Leader Mitch McConnell after he was reasonably sure he would have the votes to pass the motion.

The two Republican Senators who opposed the motion were Senators Lisa Murkowski of Alaska and Susan Collins of Maine, the same two who, along with Senator Rand Paul, sank the earlier version of the bill.

Though Paul previously opposed the latest bill, he voted “aye” to move forward with debate, buckling to pressure and false promises from Republican leadership. Paul met with President Trump last week in the aftermath of the failed Trumpcare vote.

The motion was advanced in part by the return of Senator John McCain after it was discovered he was suffering from an advanced, fatal brain cancer last week. Despite having been served a death sentence, McCain returned to the Senate to ensure that others would not have the same healthcare access as he was given.

In the midst of the vote, 10 protesters could be heard outside the doors of the senate chanting “shame,” before being handcuffed and escorted away. Reporters were told the area was a “crime scene,” and not to photograph anything.