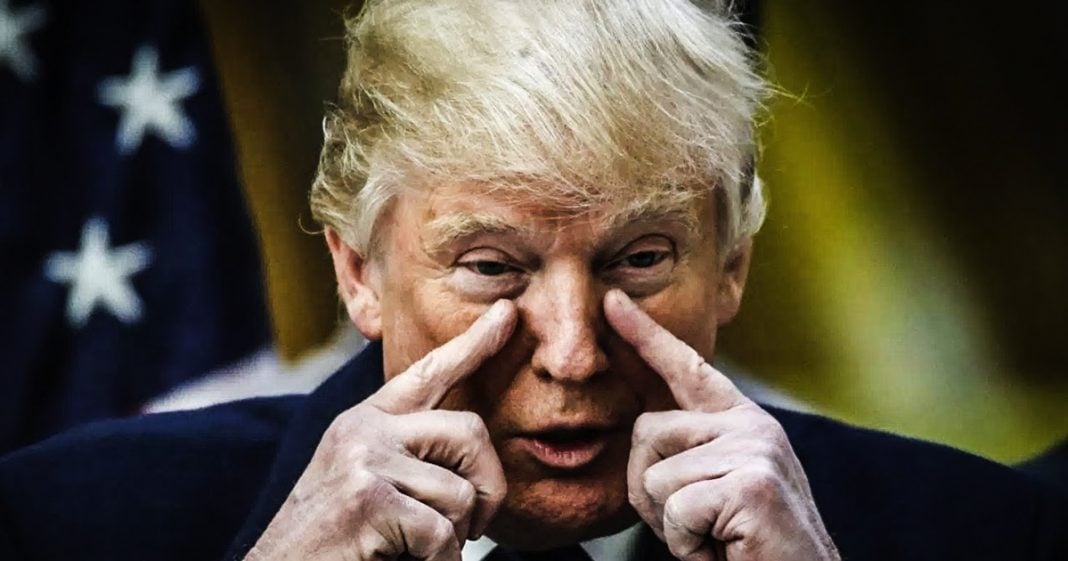 Donald Trump was fired up this past weekend, and his Twitter account was the avenue for his rage. He tweeted out an angry message to Republicans, telling them that he carried them on his back and now they won’t even defend him from the constant allegations of corruption. He later went on to issue a threat to the GOP, telling them there are very severe consequences waiting for them if they don’t repeal Obamacare. Ring of Fire’s Farron Cousins discusses this.

The new White House Communications Director, Anthony Scaramucci, announced this weekend that Donald Trump was going to be cutting back on his amount of time that he spends on Twitter. I guess sensing that the end is near, Donald Trump decided to go on all sorts of different Twitter tirades this past weekend.

One of the most notable ones, though, is when he got pissy with fellow Republicans in the House and Senate for not protecting him against whatever I guess needs to be protected from. Here’s the actual tweet. “It’s very sad that Republicans, even some that were carried over the line on my back, do very little to protect their President.”

First of all, it is not the job of anyone in the House or Senate to protect the President. That is nowhere in their oath of office. It is not something that any of them campaigned on. It’s nowhere in their job description that they have to stand up for one of the most corrupt people to ever hold that office in our lifetimes. Furthermore, they really are protecting you, buddy. I mean, articles of impeachment technically have been filed and they’re not letting anything happen with those, so you should be a little grateful for that.

Secondly, they’re the only people standing between you and impeachment. When something finally comes out that constitutes an impeachable offense, those are going to be your only allies in the world, so it doesn’t make a whole hell of a lot of sense to get on Twitter and insult them.

It’s like dealing with a mob boss at this point because that’s what Donald Trump essentially is today. He is a mob boss/toddler/psychopath who has access to nuclear codes. We should be afraid of Donald Trump. We should be worried about his mental state. Because if we want to get a clear picture of what’s going on inside that man’s deranged little brain, we need look no further than his Twitter feed. That tells us everything we should know about the instability of this man. These tweets shouldn’t be taken lightly. It’s not something that we should just gloss over. These are legitimate portraits of a man whose mental faculties are clearly declining. He is not fit to be President of the United States. He wasn’t fit during the election and it seems like he’s only gotten less fit since he took office and his latest round of Twitter attacks prove that.