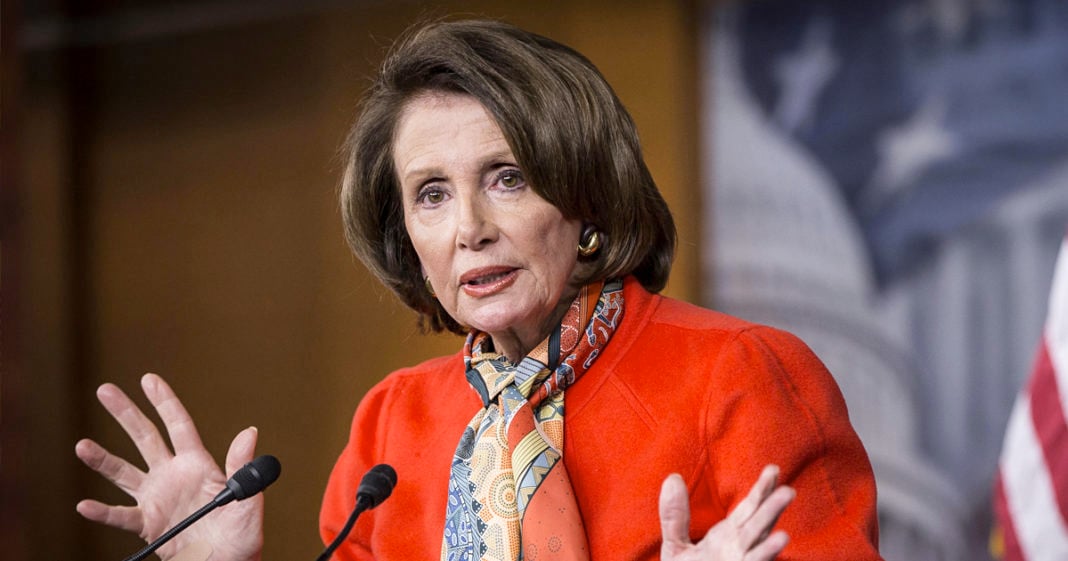 Over the weekend, Democratic leader Nancy Pelosi spoke before a crowd about her eventful first meeting with President Donald Trump and shared just how petty the newly-elected POTUS was, even in high-ranking meetings with lawmakers.

Pelosi was speaking before the Commonwealth Club of California during an on-stage interview with MSNBC’s Joy Reid when she shared that unlike in past administrations, she feels that President Trump has an inability to focus even on the most basic of facts.

The first concrete evidence of her claim came when Pelosi first met with President Trump along with a group of Democratic and Republican leadership. According to the Senator, the very first thing the President said to her was an outright lie.

“And the first thing the President said was, ‘do you know I won the popular vote?'”

Of course this comment was jarring for Pelosi to hear because it is common knowledge that Trump indeed lost the popular vote, by more than 3 million votes. It is a fact that continues to irk him, to such a degree that he began a conspiracy theory to refute the facts.

Pelosi noted that the comment was completely irrelevant to the conversation at hand, but when she attempted to push back on the claim, Trump brought up his belief that three to five million illegal votes had been cast in 2016.

“We’re not going down that path. ‘Three to five million people voted illegally and that’s why it appeared that I did not win the popular vote. But I won.’ So I said ‘There’s no evidence to support that, it isn’t true. And then he says, as I’m saying that, ‘and I’m not even counting California.'”