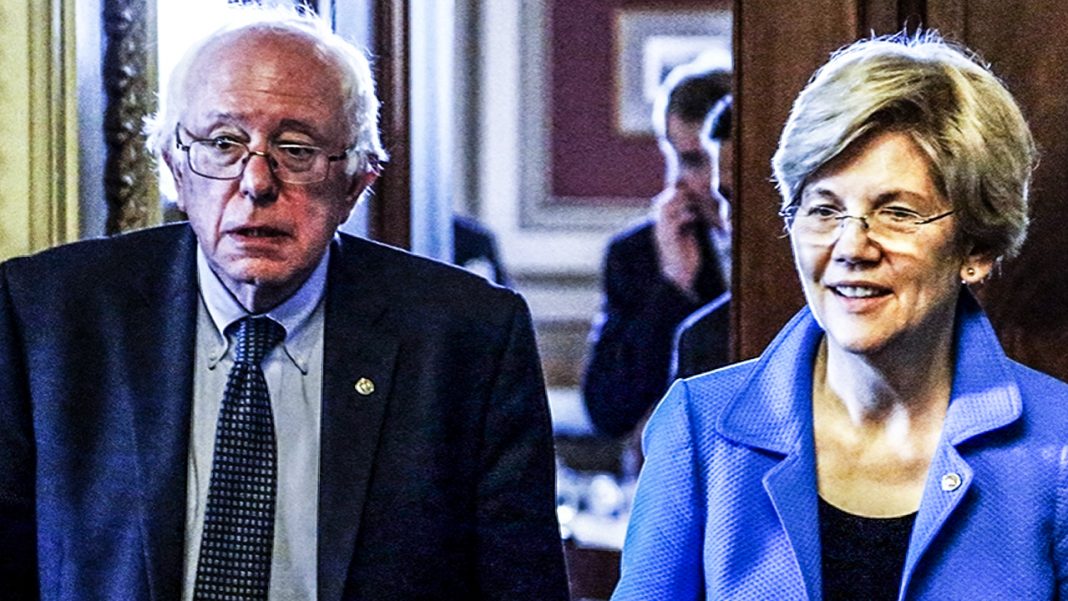 According to a set of way-too-early polls from Public Policy Polling, Bernie Sanders, Elizabeth Warren, and Joe Biden would all demolish Donald Trump in head-to-head matchups in the 2020 Presidential elections.  Surprisingly, it is Joe Biden who fares the best against Donald Trump. Ring of Fire’s Farron Cousins discusses this.

Now, I say the Biden one is the most interesting because everybody understands how popular Bernie Sanders is. Still poll after poll after poll this year shows he’s the most popular politician in this country. Elizabeth Warren, also very popular. No surprise that she would beat Trump although in the poll she did not crack 50%. It was 49% to 42% in the head to head match up. But, Joe Biden comes as the big surprise in this one. A lot of people think it’s because he’s more of an establishment Democrat. Probably would have an administration that would mirror that of Barack Obama, his boss, while in office. And, to an extent, I agree with that. I do think Biden would be more of an establishment type. I think he would be more than willing to bend to the will of Wall Street, or big pharma, or the fossil fuel industries if it came to that.

But, the reason I think people think Biden would be a good choice in addition to the establishment nonsense is because Joe Biden, love him or hate him, is a fighter and that’s what it’s going to take to go against Donald Trump. I know we don’t want another corporate Democrat. We don’t want an establishment type but we do have to have someone willing to stand up to him and get their hands a little dirty if needed.

Hillary Clinton took the high road. And, to an extent, obviously that is admirable. She didn’t want to necessarily go personal against Donald Trump in the debates, but she also didn’t go policy either. She didn’t really talk about anything and that’s what cost her the election. I think Joe Biden, somebody who does understand policy and also understands that sometimes you have to throw that punch, I think he could do well against Donald Trump. But, having said that, he also probably wouldn’t do a whole hell of a lot to change things in this country. Sure, they’d be better than they are now, but really that would be true for almost any Democrat taking office.

We need somebody who’s transformative. We need a Bernie Sanders or an Elizabeth Warren or Tulsi Gabbard, Kamala Harris, a lot of progressives. For some reason are a little down on Kamala Harris right now. I’ve seen nothing in her voting record or in her financials that would indicate that she is an establishment type but nonetheless. Ted Lieu is also a phenomenal Democrat over from California. I think he should start being included in these discussions. While he is fairly new to office, I still think he brings a lot to the table and he is a fighter. He fights Donald Trump everyday on Twitter. Quite hilarious. If you haven’t already, you should go check it out.

That is what we need to fight against because at the heart of all of the problems in this country, you can take every single one of them back to the influence that corporations have over our leaders. If the Democrats want to win in 2020, they’ve got to find a candidate who is not afraid to stand up to these corporations and just frankly tell them no.