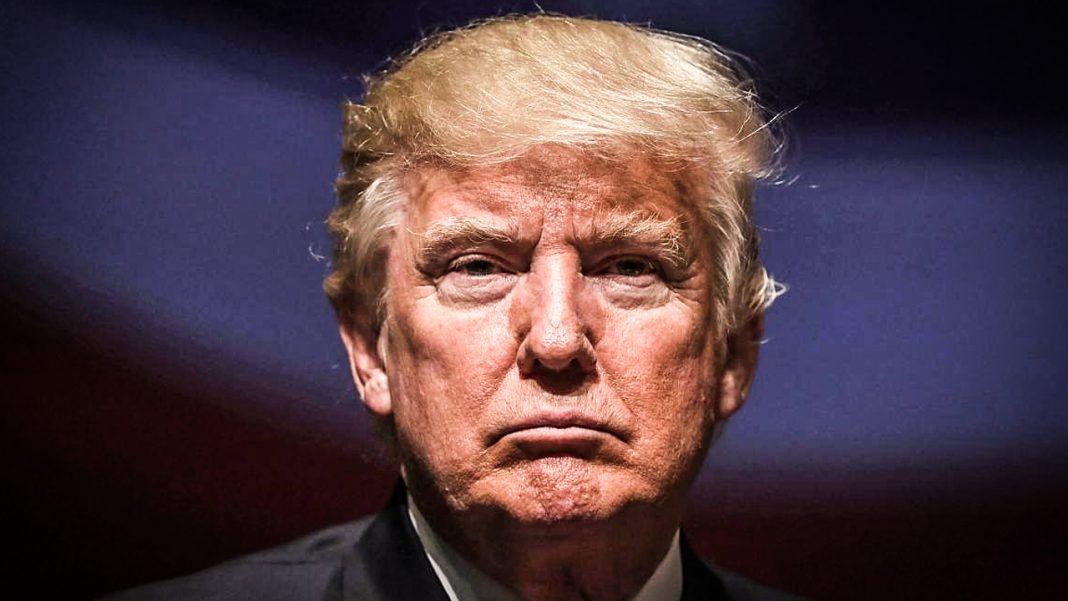 After the polls were released showing that Donald Trump has hit the lowest approval rating for a president in 70 years (when polls first began on the issue) he immediately denounced them as “fake news,” but more interestingly, he also said that having a 36% approval rating was “not bad.”  How low will that number have to go before Trump admits that people don’t like him? Ring of Fire’s Farron Cousins discusses this.

So a very interesting thing happened over the weekend. When the new polls were released showing that Donald Trump’s approval rating has fallen to 36%, which is a historic low for six months in to a president’s term, Donald Trump now holds the record as being the least popular president ever. But when these polls came out Donald Trump, of course, got on Twitter and he basically said, Obviously, blah, blah, blah, Fake news. Polls are fake news. You don’t … The rest of the Tweet doesn’t even matter. It’s just non-sense words thrown out by the President.

But it was the second half of that Tweet that actually got people saying, “What?” Because after he called these polls, “Fake news,” he said, “Well you know what? It’s actually still not bad.” Not bad, the President of the United States thinks that a 36% approval rating six months into his term is not bad. Yeah, only one-third of the country thinks you’re doing a decent job. I guess that’s not bad. Two-thirds of this country are ready to impeach you. Support for impeachment of Donald Trump today is higher than it ever was for Richard Nixon. That tells you something, but you continue to live in your little fake news bubble, where the only news you believe is the news that is actually fake, and anything that’s real, reality with quantifiable numbers and data and statistics, you decree as fake.

It’s a defense mechanism folks. That is what it is. This is a psychological defense mechanism. Donald Trump has convinced himself by lying to himself that any negative reporting, any negative poll is fake. That way he does not have to process it and look at himself and think that there is a problem. It is diagnosable, psychological defense mechanism. However, in average, everyday people, it’s a hindrance to their lives, but for somebody who, I don’t know, happens to be the sitting President of the United States, it’s a very real problem. Because Donald Trump’s insistence that things are fake news, how far is it going to go? What’s going to happen if he gets reports saying that, “You know what? North Korea has dismantled all of their weapons’ programs. Kim Jong-un is going to step down,” and he says, “Nope, it’s fake news. We’re going to bomb them anyway.”

Have you ever thought about that? Have you ever thought about what happens if he believes that our Intelligence Directors are giving him fake new? So he launches an attack based not on what they give him, but the opposite. Or fails to launch an attack when one is needed. It could go very deep, folks, because Donald Trump has a pathological need to feel better about himself. Now I am not a psychiatrist, I can’t get to the full bottom of this, but there are people who could. But the bottom line is that Donald Trump continues to refuse to accept the reality that the public does not like him. And, as he says himself, “Maybe that’s not bad.” Maybe it’s not bad that an entire third of this country think you’re doing a good job. Probably higher than my personal approval rating, because a third of this country doesn’t even know who the hell I am. So I guess he’s doing better than me. There’s something you can brag about Mr. President.

But you have to start understanding that these polls are not made up, they’re not always 100% accurate, but I’m going to go ahead and say that they’re far more accurate than anything you’ve ever said is. There is data and statistics and mathematics behind the use of polling data in the United States. It is not a perfect science, but it is a science. There are formulas and things like that to take into effects. There are margins of errors, but for the most part when we see that the President’s approval rating is at 36%, we know that, that’s real. May not be the exact number but it is somewhere around there. Trump has an image problem and the longer he continues to refuse to accept it, the worse it’s going to get.