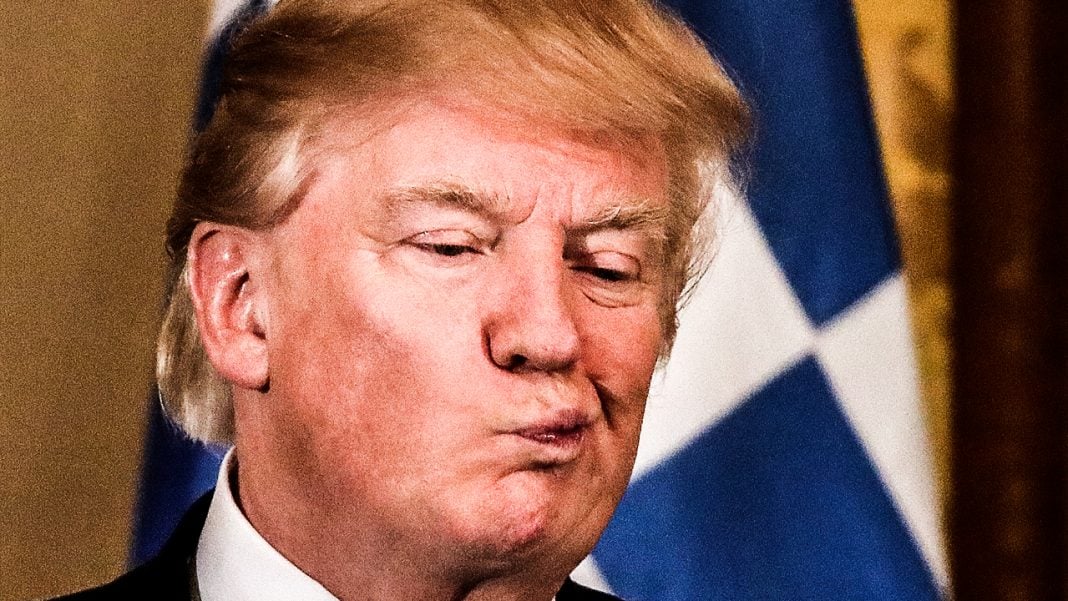 The Trump administration has announced that this week is Made in America week here in the United States. And it’s a great theme, you know. It’s a great talking point. It’s something that’s really going to get American’s jazzed up, you know? Made in America week. How patriotic. Whoever came up with that must be a really awesome, super great American patriot, right? That’s what they want us to think.

But the reality is that if this were in fact Made in America week, as Trump says, wouldn’t his businesses take a massive financial hit as a result of that? Because after all, the goods sold by the Trump company are actually not made in America, and that’s not just Donald Trump’s goods, it’s also Ivanka Trump’s brands. Now, we have talked at length about the fact that Ivanka Trump gets her goods made in China at a sweatshop, essentially, that pays workers about 80% less than the livable wage, than the federally mandated wage in China. And yet, she hasn’t even gotten a slap on the wrist for it. The Trump administration has remained absolutely silent about that.

Now, moving beyond the Trump brand goods, because we know that the Trump shirts and ties and jackets, and all that other garbage that he puts out are all made overseas, Trump himself said during the campaign he was going to use American manufacturing for American projects, and America, America, America, America. That’s what republicans do, they just repeat that word over and over again, so that you think they’re actually patriots. But in other projects that he’s approved, like the Keystone XL pipeline, you know where that steel’s going to come from? It’s not going to come from the United States. It’s actually going to come from Russia. It’s Russian steel used in an American project by a Canadian company, to move oil overseas. There’s nothing American about and of the things Donald Trump is doing, or selling, or proposing in the United States.

This Made in America week is his way to pander to his racist, redneck base that thinks anything red, white, and blue is great. They refuse to accept the fact that sometimes America’s not the best at things. That sometimes we have areas where we need to work a little harder. They think America is USA, number one, always and every time because we’re America and that’s good enough. But that’s not how it works. Donald Trump right now is combating a 36% approval rating, the lowest in history, according to reports that came out last weekend. Lowest in history. So what better way to raise that profile than Made in America week?

Look how much he loves our country, folks. He wants us to utilize American-made goods, something a lot of us already do. A lot of us who don’t have the last name Trump, we’re pretty much doing that to the best we can. We’re using local businesses. We’re not buying stuff overseas. We’re keeping our money here in the United States already, Donald Trump. Too bad you can’t say the same.