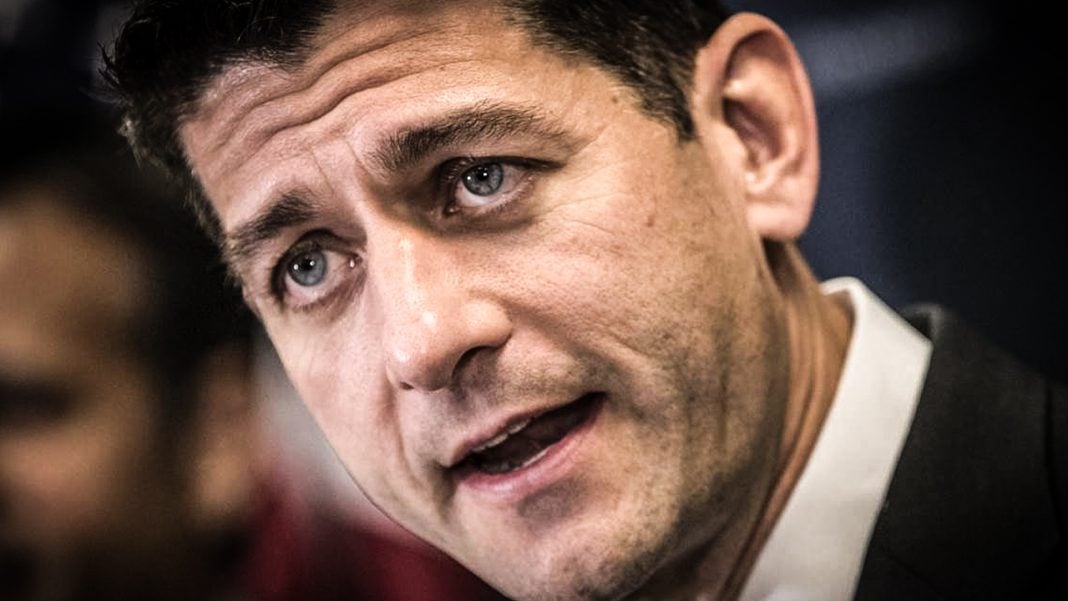 According to the latest round of polling, Paul Ryan is suffering from an approval rating of about 34%, 2 points lower than Donald Trump.  Additionally, the Republican Party and Congress currently have net-negative favorability ratings, which is great news for a Democratic Party that thinks it can flip the House in 2018. Ring of Fire’s Farron Cousins discusses this.

While Donald Trump did get some bad news this week with regards to polls, it’s important to point out that he actually received some good news in the form of public policy polls that came out later in the week. Those polls show us that Donald Trump is not in fact the least popular Republican in Washington D.C. While he is the most unpopular president in American history, again, not the least popular Republican in D.C. That honor, according to the latest polls, is going to go to Paul Ryan. Paul Ryan currently has an approval rating of 34%, which is two points lower than Donald Trump’s.

The reason Paul Ryan has such a low approval rating, which has been falling steadily in recent months, is because people view him, those outside of his district and even a few of those in his district, as an ineffective, incompetent leader. Doesn’t necessarily have anything to do with party affiliation either. They view him as completely ineffective and unable to lead, unable to get his Republicans together. Whether it’s to create a good piece of legislation or a bad one, he still can’t manage to get all of his crazy little Republican ducks in a row. This poll had some more bad news for Paul Ryan and his Republican Party as it showed that 53% of people in this country have a negative view of the Republican Party.

Now, here’s the other side of that. The Democratic Party understands these polls and they’re looking at these thinking that they can go forward with 2018 and do nothing but just talk about how horrible the Republican Party is, look at their poll numbers, look at their approval, vote for us instead. Well, that’s not going to cut it. In order for Democrats to capitalize on the horrible approval ratings of the Republicans and these individual politicians, they’re going to have to come up with policies. They’re going to have to talk policy. Yeah, they can talk about how bad the Republicans are, but that has to be metered out and weighed against policy discussion.

An overwhelming number of people in this country want a single-payer healthcare system. That’s what they want. They want clean water and clean air. They want corporations and the wealthy elite to pay their fair share in taxes. They don’t want to be ripped off by horrible trade deals that ship their jobs overseas. It’s not that hard folks; but the Democrats, as usual, think that just negative approval ratings for Republicans is going to be enough to put them back in power. It is not. It wasn’t enough in 2016, it’s not going to be enough in 2018.

Use these poll numbers to your advantage. Capitalize on the disgust for Paul Ryan being unable to do anything, and his inability to connect with average working people, and his willingness to give everything away to the wealth elite. Comeback with a better plan and present it to the American public. If you fail to do that, Democrats, these poll numbers mean absolutely nothing.