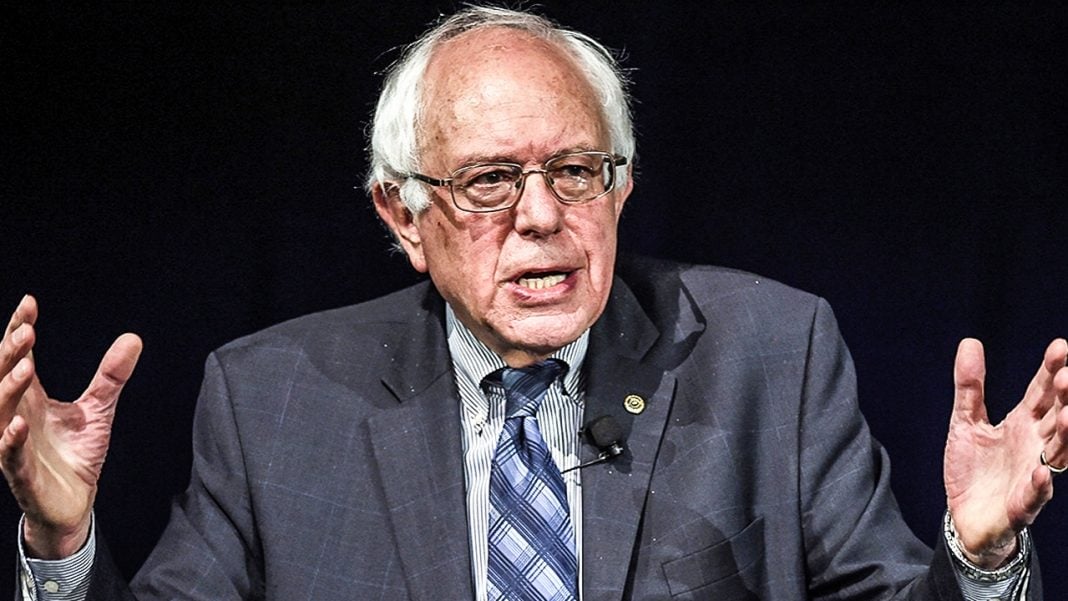 During a speech last weekend in Iowa, Bernie Sanders described the Republican healthcare plan as the most anti-working class piece of legislation ever.  And he’s absolutely right.  Republicans only care about the top 1% – the other 99% do not matter to Republicans.  So the bigger question is why American voters keep putting people in power who make no qualms about screwing them over? Ring of Fire’s Farron Cousins discusses this.

This past Saturday while speaking at a rally in Des Moines, Iowa, independent Vermont Senator Bernie Sanders described the Republican healthcare plan as the most anti-working class piece of legislation ever. He is absolutely right, and to be honest, before we get into why he’s right, that is a talking point that every single member of the Democratic Party needs to be out there saying at every given opportunity. If you don’t have time to go and do an interview on the media, then put it out in a press release. Explain to the American public that this is anti-working class legislation, and here is why it is.

The people who are most affected by this particular legislation, I mean, I dare say everyone who is actually affected by this piece of legislation are people in the working class of the United States, the middle class and the underclass. The upper class has nothing to worry about. Even if their premiums go up a little, they can afford it, you know? It’s a few extra dollars out of their pocket a month, but you’re giving them those massive tax breaks that amount to about a million dollars a year, so they’re still, as a net, making money off the plan.

The rest of us, we’re not getting crap in tax breaks. We’re not getting tax in premium reductions. All we’re getting is the same premiums with less coverage, and those of us who get health insurance from our employers have now found out, according to your senate legislation, that we might actually lose our insurance through your employers if we have preexisting conditions, because you refuse to protect that. There are no safety nets for the rest of us anymore. Those of us who work for a living, those of us who go out there and contribute every single day, who make the products that massive corporations sell, who make the cars, who make the carpets and toasters and refrigerators and everything else.

That’s the working class. That’s not the upper class. That’s not your small business owners, no offense to them. It’s people, every day, average, working 9:00 to 5:00, maybe even longer, people. The Republican Party for some reason doesn’t seem to care about people. 99% of this country, those of us who aren’t in that top 1%, the Republican Party doesn’t care about us, so why in the hell are they still getting voted into office? The Republicans have made it clear. They have made it clear through their legislation, they have made it clear through their talking points, that they don’t care about the working class. They’re not bringing your jobs back, they’re not raising your wages, they’re not making you safer, so why are you still voting for them?

Bernie Sanders is dead on when he says that this is the most anti-working class piece of legislation out there, because if it passes, and unfortunately in all likelihood it looks like it is headed that way, people within the working class will be the ones who die. That 18 to 24,000 people a year that the CBO has projected, will die from this legislation. They’re not going to be from the top 1%. That’s going to be 18 to 24,000 people who die every year from the bottom 99%.