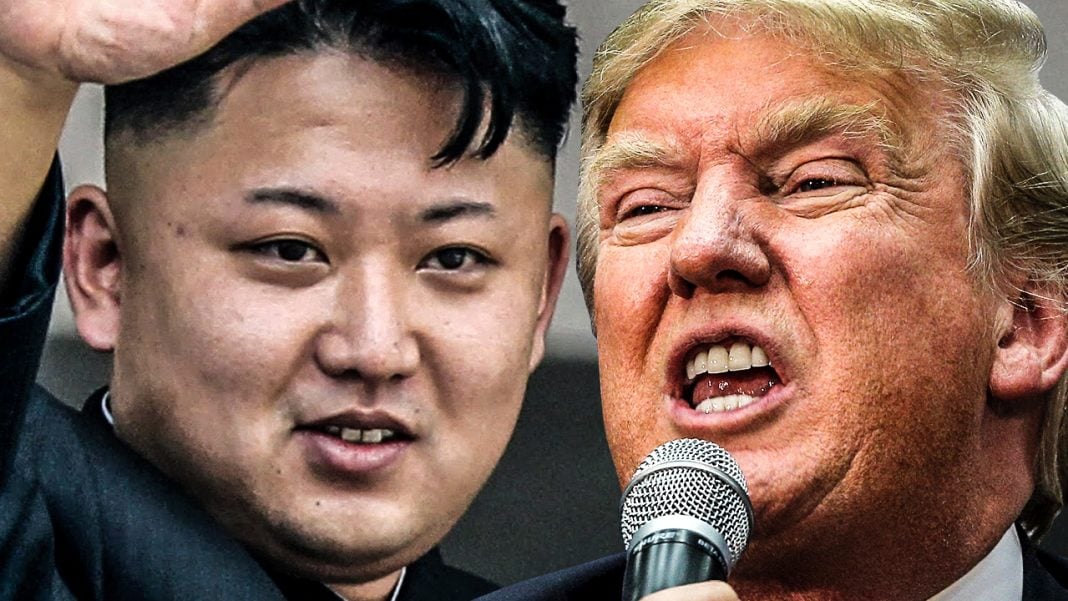 According to new polls, the majority of Americans – 66% – believe that North Korea poses a very serious threat to the United States.  But 40% of Americans do not have any faith in Donald Trump to be a leader on this issue, especially if we end up in a war with North Korea.  Foreign policy is one of the main areas where experience matters, and Trump has no idea what he’s doing in this arena. Ring of Fire’s Farron Cousins discusses this.

According to new polls, 66% of people in the United States view North Korea as a very serious threat to our daily lives here in the US. Furthermore, 40% of people in this country do not trust Donald Trump to handle any situation regarding North Korea or really any other foreign entity that is hostile towards the United States. This poll really highlights one of the main reasons you kind of have to have a president who understands how the world works, meaning you have to vote for somebody, you have to put somebody in office, who has at least one day’s worth of political experience.

There’s a lot of things that, I guess, as president you can kind of learn as you go, but foreign policy isn’t one of them. Donald Trump, in his first six months in office, has killed more civilians abroad than Borak Obama did in eight years as president. Six months, and his attacks overseas have killed more civilians than Borak Obama’s did in eight years. That was one of the biggest problems a bunch of liberals had with President Obama was that he seemed to have no regard for civilian casualties, seemed to really not care about it. We just sent the drones over, dropped the bombs, killed a lot of civilians, and he was like, “Yeah right, but we got the bad guys, right?” Trump has already killed more people in six months. It’s no wonder that people in this country do not trust him to handle anything related to foreign policy.

Again, he doesn’t know what he’s doing. He is now, he was when he got sworn into office, became the leader of the United States military instantaneously. Never served a day in his life, which is okay, a lot of presidents haven’t, but he also knew nothing of foreign policy other than making deals to build hotels. That’s not military strategy. He didn’t surround himself with competent advisors to tell him what to do. Instead, he put in spineless yes men who will tell him go ahead with whatever idiotic plan he comes up with. From what we know from every other situation this man has been in, even when he is being advised on people smarter than him on issues, I don’t know, like his legal team, he chooses to not listen to them.

Of all the dangers posed by Donald Trump, there is none greater than the threat he poses to the security of the United States due to his lack of foreign policy experience, his lack of foreign policy knowledge, and his lack of diplomacy abroad. That alone is what sets him apart from other Republicans. You put the policies of Donald Trump and the policies of generic Republicans, like Ted Cruz, or Mike Pence, or Mark Rubio, you put them side by side, it’s going to be a complete match. You’re not going to find any differences in policy. When it comes to foreign policy, that’s where Donald Trump’s real danger lies, that’s where he differs from other Republicans. Other Republicans love war. Lindsey Graham and John McCain will be on board with whatever country Trump wants to bomb, but it’s Trump’s unpredictability and his volatile nature that set him apart from the rest. He’s a guy who has admitted he loves to get even with people. That takes on a whole new meaning when you realize that this is also the man who has access to the nuclear codes and could launch a nuclear strike anywhere on this planet.