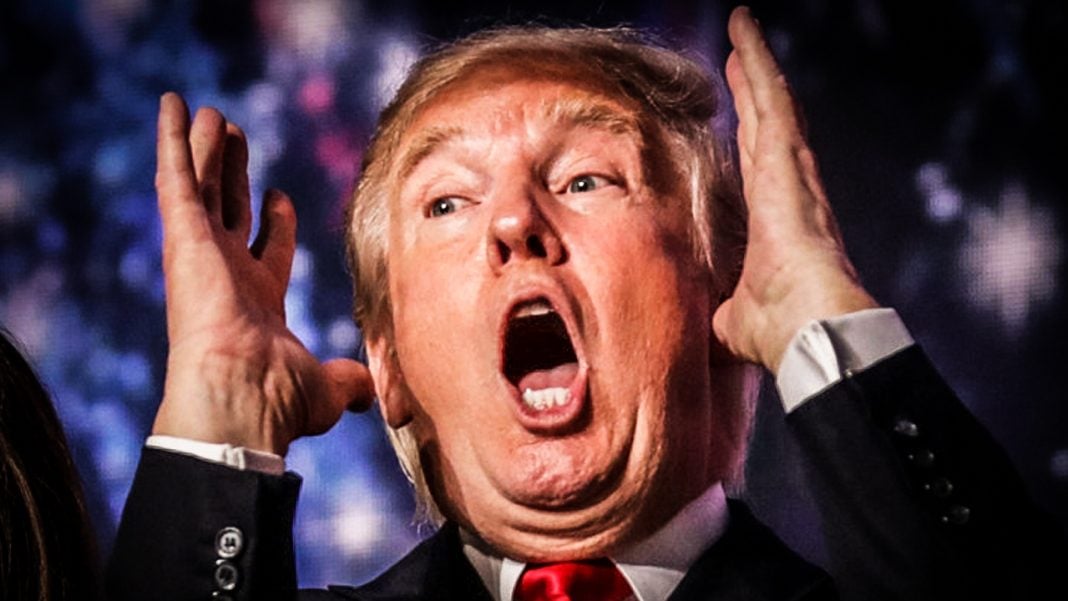 According to a recent interview the president conducted with The New York Times, Donald Trump believes that health insurance only costs young people $1 per month, or $12 per year.  His statements prove that he is dangerously out of touch with how normal people live their lives – either that or he has gone off the deep end into full blown dementia. Ring of Fire’s Farron Cousins discusses this.

According to Donald Trump, health insurance in the United States costs as little as $1 a day. That’s not hyperbole, I wish I was making this up, but that is exactly what Donald Trump told New York Times reporter, Maggie Haberman, when she interviewed him for a recent article. Donald Trump said that, when you’re young, you pay about a $1 a month, $12 a year, and then it just kind of builds up over time. Then when you’re in your 70s, you can cash it out and use it for whatever kind of health thing you need. Donald Trump has confused health insurance in the United States for those late night TV infomercial life insurance companies that say, “For just $1 a month, you can have coverage of up to $250-thou-.” Yeah, that’s not health insurance, you idiot.

This interview shows one of two things. One, either that Donald Trump’s affluence has allowed him to become so disconnected from the American public that he honestly thinks that we only pay $1 a month for health insurance, and maybe doesn’t understand what this entire healthcare debate was about. I can assure you, if everybody in this country only had to pay $1 a month for health insurance, we wouldn’t be having any debates right now. The second thing this possibly proves, and I am willing to go with this as the more probable answer, is that Donald Trump is absolutely losing his mind. He cannot distinguish between health insurance and life insurance. That may not seem like a big deal to you, but when you hold the highest office in the land, you kind of need to understand the things that you’re directing your party to go legislate.

Donald Trump has been meeting with Republicans for six months now about healthcare, about health insurance, and he doesn’t even understand what it even is or how much it costs, or he has forgotten all of those conversations, because there’s something dangerously wrong with his brain. Now, he can’t differentiate between those infomercials for life insurance and health insurance for American citizens. Either way, there is a good indication that Donald Trump’s brain is not up to par to serve him properly as the President of the United States, which means that he, himself, cannot serve properly and adequately in the office of the president. That’s why, recently, we saw all those … On Twitter, the 25th Amendment was trending. That allows Congress to remove the president for being unable to perform their tasks.

That’s what we’re looking at today, folks. Whether or not it’s his brain function declining or his affluenza preventing him from understanding the plight of American citizens, either of those prove that Donald Trump is too far out of touch with reality to be able to serve as President of the United States.