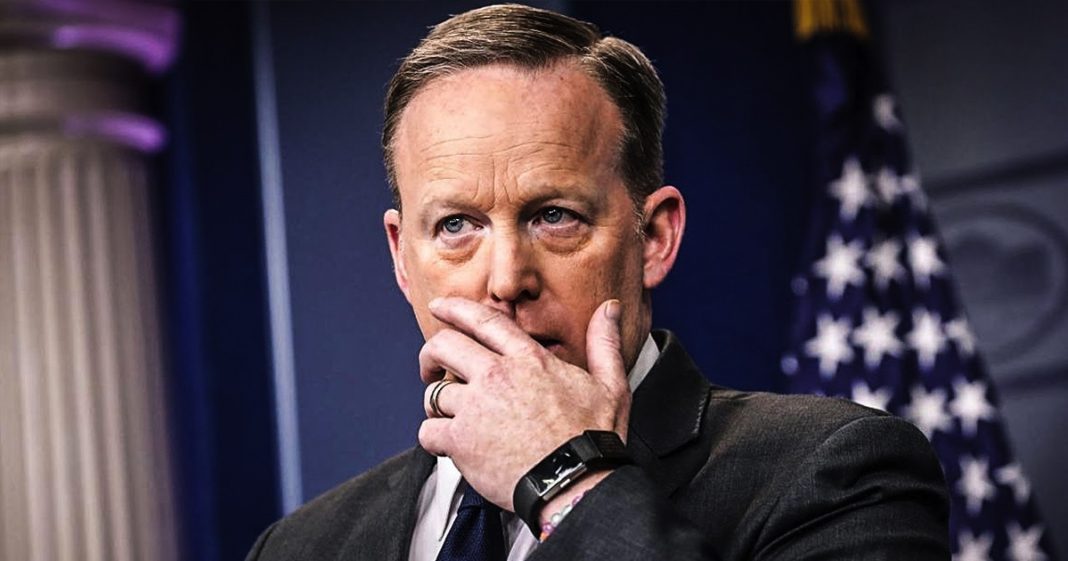 On Friday morning, White House Press Secretary Sean Spicer confirmed long-time rumors when he announced that he would be resigning from his post, effective immediately.

Despite having lied for the President repeatedly and seeming to have no moral limit, Spicer’s resignation was the result of a vehement disagreement with the president over the most recent political appointment by the Trump administration.

Earlier this morning, Trump had met with and agreed to appoint New York financier Anthony Scaramucci as communications director. This was despite the fact that Reince Preibus and many others called on Trump not to do so.

Apparently, the appointment was enough to push Spicer over the edge, and he is leaving the White House immediately.

“Mr. Trump offered Mr. Scaramucci the job at 10 a.m. The president requested that Mr. Spicer stay on, but Mr. Spicer told Mr. Trump that he believed the appointment was a major mistake, according to person with direct knowledge of the exchange.”

It was long rumored that Spicer would be replaced, and in recent weeks, most of the White House press briefings had been conducted by Deputy Secretary Sarah Huckabee-Sanders.

Now, Trump will likely appoint a new Press Secretary in Spicer’s absence. Will a new appointee mean that the White House may begin having public press conferences instead of the current trend of off-camera, informal briefings with members of the White House Press Corp?