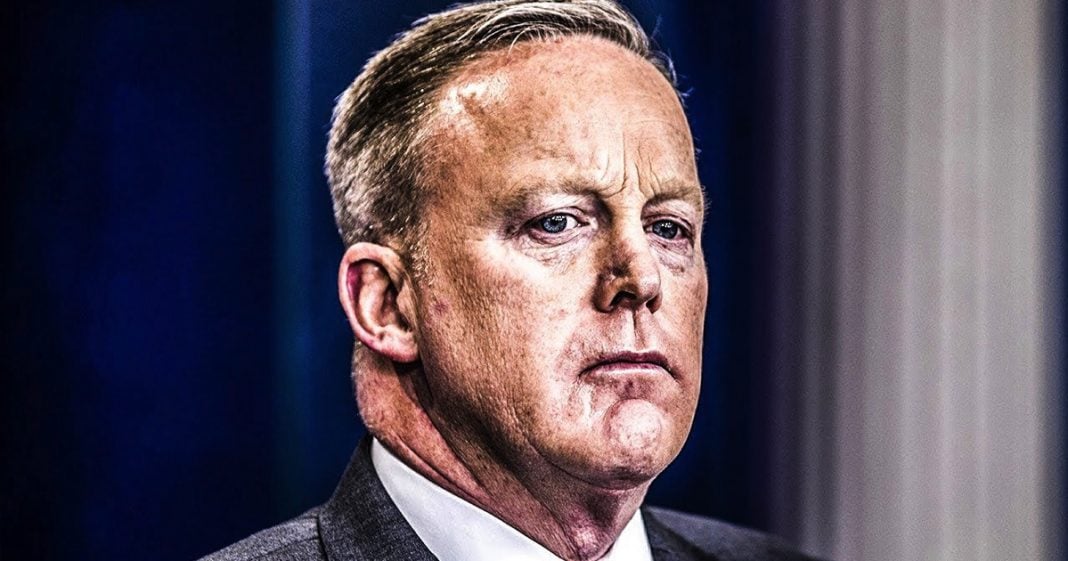 According to news sources, Sean Spicer has officially resigned as White House press secretary. The little bit of information that we have so far says that Spicer resigned because he was unhappy about the fact that the Trump administration decided to appoint Anthony Scaramucci as the official head of the communications department. He is the new communications director, which at one point, was a title that Sean Spicer had held himself. Spicer, I guess, felt a little slighted, maybe that he was being demoted. Either way, Spicer said, “You know what? I’ve had enough. I’m out of here.” To be honest, this decision should have been made several months ago by Sean Spicer.

It’s been very obvious that this man is not happy with his job or, sorry, with his former job. He has constantly clashed with Steve Bannon. He’s clashed with Kellyanne Conway and Sarah Huckabee Sanders. He’s clashed with Donald Trump, himself. Donald Trump has made it clear that he was unhappy about the fact that Sean Spicer was portrayed on Saturday Night Live by Melissa McCarthy, because he felt that having a woman portray Sean Spicer somehow emasculated his entire presidential administration.

Whatever the case, Sean Spicer decided he can no longer continue on his duties as liar in chief for the commander in chief and decided to go his own way. Good for you, Sean Spicer. I have to say, this really isn’t going to change anything within the Trump administration or how their communication department operates.

Now, we have seen reports coming out in recent weeks showing that the communication department at the Trump Administration is a disaster. None of them are on the same message. Most of them are forced to go out there and talk to the media without the full story, so they’re going out there, being asked questions to which they literally don’t even know the answers, because reporters have more information than they do. That’s not going to change with Sean Spicer leaving. The constant stream of lies is not going to end with Sean Spicer leaving. Almost as importantly, the constant stream of screw-ups from the communications department will not end with Sean Spicer leaving. For those of us who enjoy a good chuckle every now and then, I guess that’s a good thing.

Sean Spicer certainly will not be missed. I don’t think he’s going to miss his former position either. This guy hated his job and had been looking for an excuse for quite a while to get out of there so he doesn’t have to go on the air, make a fool of himself and lie on behalf of the Donald Trump administration every single day.

Best of luck to you, Sean Spicer. You certainly won’t be missed around here.