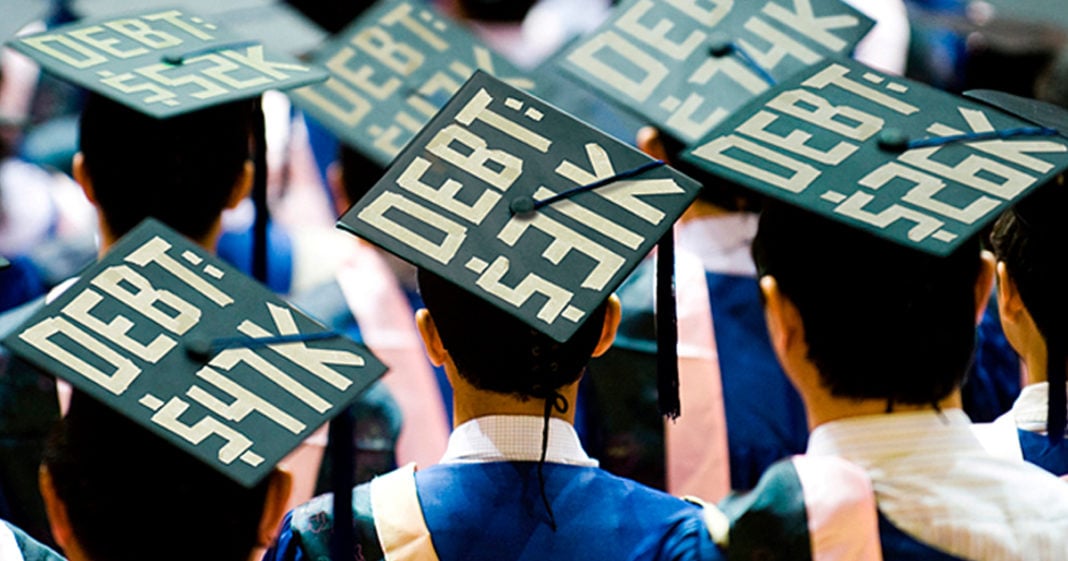 The ongoing student loan debt crisis is forefront in the mind of many Americans, many so crippled by what they owe for the education they received they can scarcely imagine being free of it.

As lawmakers and politicians continue to seek solutions for the crippling debt, it’s important to take note of just how out of control this epidemic has become. To this end, a staggering number should be shared:

Between 1999 and today, the amount of household student debt has increased by 828%.

The situation is so serious that student loan debt has now surpassed credit card debt as the second largest type that American households face. Mortgage debt aside, student loans are now the biggest threat to American financial stability.

The data for this new figure was gathered from the Federal Reserve of New York in the facility’s Center for Microeconomic Data. The data shows that during the period between 1999 and 2016, the percentage of credit card debt grew by 23.6 percent. During that same period, student loan debt bloated far beyond anything comparable.

In just the past 10 years, student loan debt per household has grown by 250%, a staggering fact to note in light of the 2008 recession.

In fact, the upward trend in student loan debt is unique when compared to other types of debt because in 2008, the debt for mortgages, credit cards, and auto loans all took a dip. Despite the crash and following recession, student loan debts continued their upward creep.

With such a growing issue, it’s no wonder that some are cheering that a major student loan company may be unable to collect as much as $5 billion in loans thanks to clerical issues and missing paperwork making it impossible for them to prove in a court of law that they own the loans.