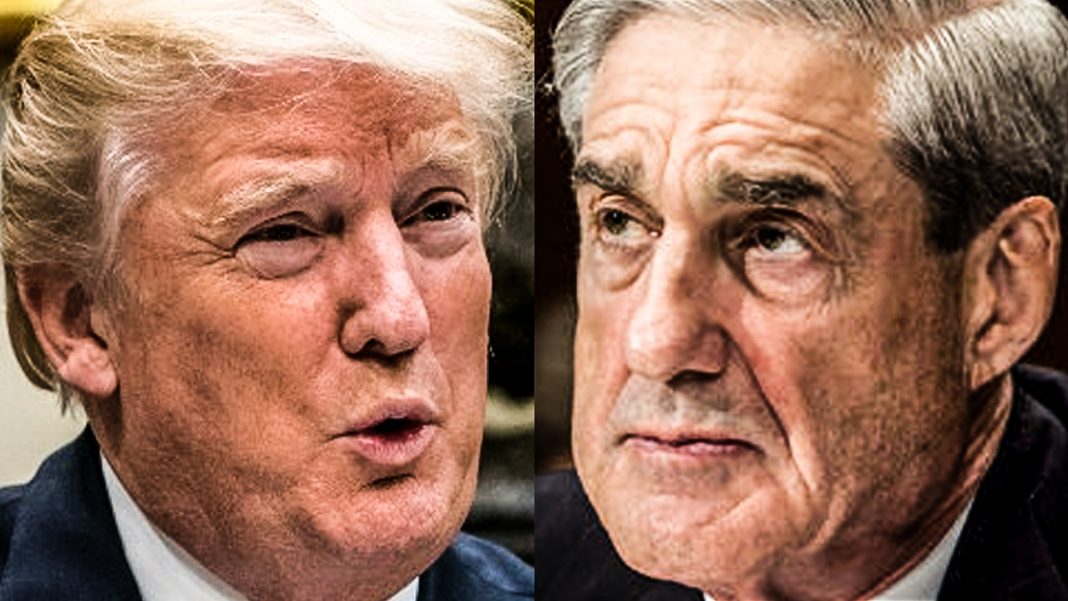 During a recent interview, Donald Trump expressed his frustration with Attorney General Jeff Sessions recusing himself from the Russia investigation, but that’s just the tip of the iceberg.  He also warned special prosecutor Robert Mueller that he better not look at the Trump family finances, which means that Mueller should probably go look at the Trump family finances. Ring of Fire’s Farron Cousins discusses this.

According to a recent interview that Donald Trump gave with the New York Times, he is encouraging Robert Mueller, the special prosecutor in charge of investigating the potential collusion between the Trump Campaign and folks from Russia. He is advising Mueller that you better not look at my family’s finances. In the interview, Trump was specifically asked that if Mueller decided to look at these finances, would that be crossing a red line? To which Trump said, “Absolutely. My family’s finances are private business. This investigation is supposed to only be about Russia.”

If Trump doesn’t want the special prosecutor to look at his family’s finances, my advice to the special prosecutor is you probably need to go ahead and look at the Trump family finances. There is no reason whatsoever why Donald Trump would not want him to look at these finances unless there was something to hide. Now I’m not even saying that he wants to hide something illegal, although probably.

However, he could just want to hide the finances for the same reason he’s not releasing his tax returns. He’s probably not worth as much money as he claims he is, and he doesn’t want that information leaking out to the press, leaking out to his opponents, leaking out to his opponents in the business world. Donald Trump doesn’t want to be embarrassed by overstating how much he’s worth. That could be one of the things he doesn’t want the special prosecutor to find out. But, smart money goes on, he doesn’t want the special prosecutor to find the money trail leading between Donald Trump or his family and any other foreign source, because at that point this investigation likely would stretch far beyond the borders of Russia and the United States and start leaking into other countries. Find other avenues where Donald Trump is making money that he probably shouldn’t be making or making payments to areas that he probably shouldn’t be making payments to.

Again, Donald Trump has been in office for six months now and still hasn’t released his tax returns. Do you know the only other president in modern history who didn’t do that, Richard Nixon. And we all know how that turned out. The reason Trump wants Mueller to stay away from those finances is because he is more than likely hiding something in there. Now, we can’t say that for a fact. Maybe he truly is just a super private person and doesn’t want anybody looking at the those. The chances of that are about .001%, but we can’t rule it out at this point.

Also, interesting to point out that during that interview with the New York Times, Donald Trump said that if he had known that Jeff Sessions, his Attorney General, was going to recuse himself from the Russian investigation, probably wouldn’t have appointed him in the first place, which kind of goes back to the whole … he wanted somebody to go in there and shut the whole thing down. Jeff Sessions can’t because he recused himself, and now he’s pissed off because the investigation is still going on. Something is going to be found from this investigation folks. I know most people watching this agree with me, some don’t, but something is going to be found. Hell, we’ve already had enough revelations to implicate the Trump Administration, specifically Donald Trump, Jr., Jared Kushner, and Paul Manafort.

We’ve got enough revelations to kind of get these guys at least booted out of the Trump Administration. There is no telling what stuff we don’t know that Bob Mueller has already found, and I, for one, cannot wait for the day when he finally releases his big binder report so that the entire country or the entire world can see all of the horrible things that the Trump Administration has done.