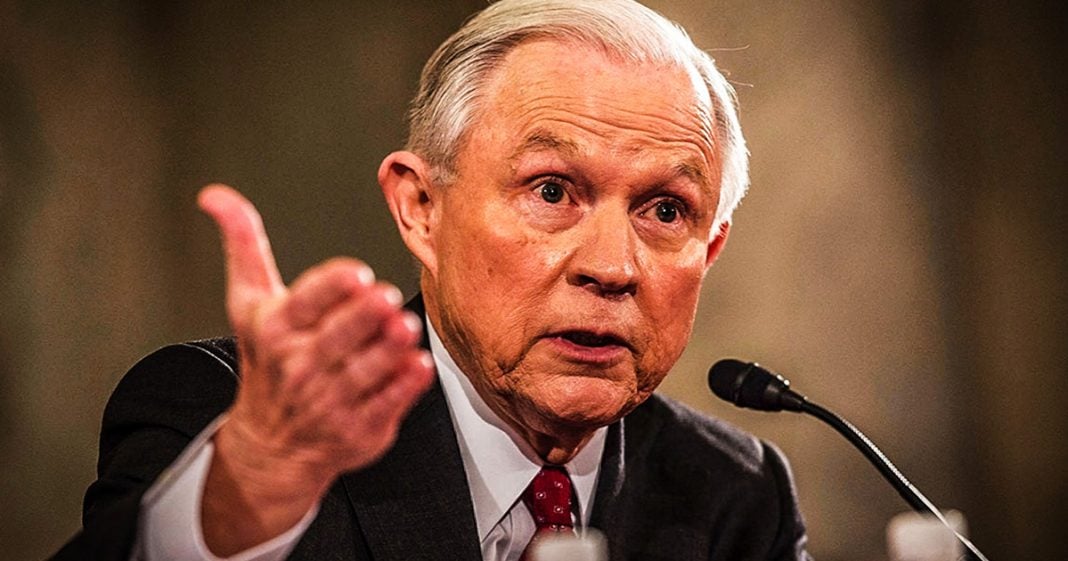 In an interview with the New York Times, President Trump openly criticized his Attorney General Jeff Sessions for recusing himself from the Russia investigation.

Trump said that Sessions’ decision to recuse himself was “extremely unfair, and that’s a mild word, to the president.”

Trump was so upset with the decision by Sessions that he said had he know it would happen, he would have chosen another Attorney General altogether.

“Jeff Sessions takes the job, gets into the job, recuses himself, which frankly I think is very unfair to the president. How do you take a job and then recuse yourself? If he would have recused himself before the job, I would have said, ‘Thanks, Jeff, but I’m not going to take you.’ It’s extremely unfair — and that’s a mild word — to the president.”

This is a surprise to many as Trump has not offered such criticism of Sessions before now. Still, Trump said he believes that had Sessions not recused himself, a special counsel to investigate the Russia issue would not have been formed.

Now, inquiring minds are wondering whether Sessions might soon resign. After all, having the man who hired you slamming you in the national press is not a reassuring feeling – will Sessions put his discomfort ahead of the incredible power he has been given, or will he stick it out?

So far, Sessions has indicated that he’s in for the long haul. At least, he reasoned, until he is no longer useful in the position. Sessions said that he loves his job and that he would continue to hold the position “as long as that is appropriate.”

Others defended Sessions’ recusal, saying that he had no other choice, despite the President’s admonishment.

“Basically, Jeff Sessions had no choice. Being involved in the campaign, there are aspects of the campaign that are under investigation, and so he had to recuse himself.”

Despite his claims of extreme loyalty to those close to him, President Trump does not seem to hesitate when it is time to throw one of his appointees under the bus, as long as it helps him.

Could this be the beginning of the end for Jeff Sessions as Attorney General?