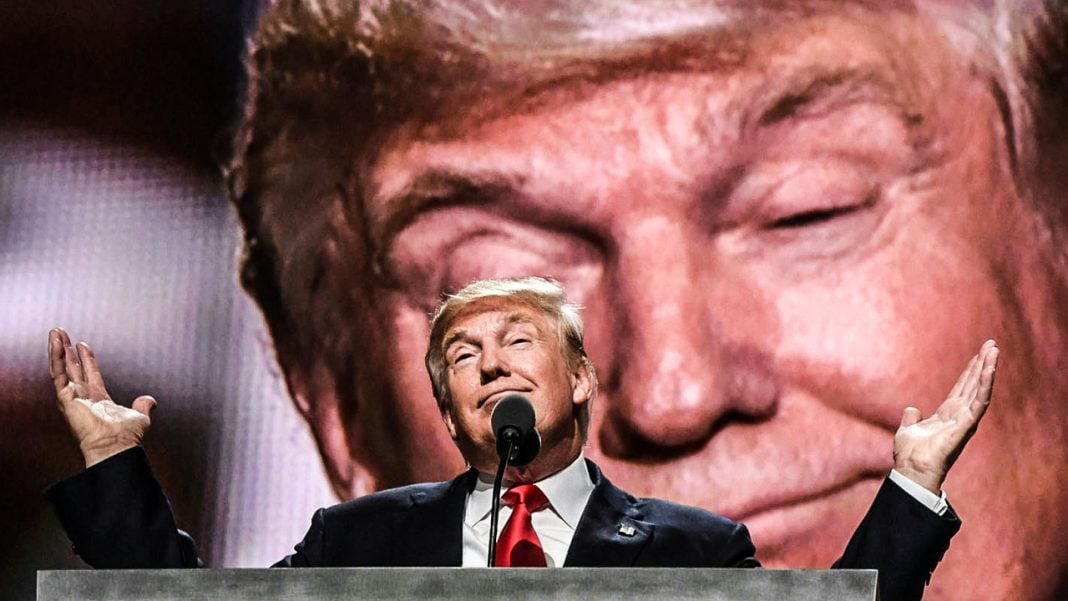 According to a new report, Republican Senators are absolutely not afraid of Donald Trump’s threats against them because, as one anonymous GOP Senator put it, Trump couldn’t even scare a Page in the Senate.  This is bad news for Trump, because the only way that he knows how to “lead” is through fear and intimidation.  Take those away from him, and he’s a completely impotent, powerless political figure. Ring of Fire’s Farron Cousins discusses this.

Now, while that’s not exactly something you should be boasting about, that is the only way that Donald Trump knows how to interact with other human beings. That’s the only way he knows how to get his way, he bullies people, he intimidates people, that’s how he makes business deals, that’s how he wants to make his political deals, there just happens to be one problem with that. According to a new report, an anonymous Republican Senator has said that nobody on the Republican side in the Senate, probably not on the Democratic side either, is afraid of Donald Trump.

In fact, he’s so not intimidating that he couldn’t even scare an intern or a page working in the office of a Senator. And again, this is actually pretty important, it’s not just humorous. It actually tells us a little bit about why nothing … the Republicans at least, are able to come together and do horrible things, which again is a good thing, but Donald Trump, if he cannot lead his party by bullying and intimidation, he has no other tricks up his sleeve, he is a one-trick pony, he doesn’t know how to do anything else. So what’s he going to do? Well we’ve already seen it. He gets out there and he threatens Senators jobs, you know the little sound bite going around where he says like, … talking about the one Senator who didn’t want to go along with the healthcare plan, he’s like, “Well he wants to keep being a Senator doesn’t he?” And everybody chuckled.

Donald Trump has no control over that, and that’s why Republicans are not afraid of him. They know, to an extent, how government works. They don’t know how to run it, but they know the ins and outs and how a Senator gets elected, and how House members get elected and things like that. Things that Donald Trump the moron actually does not know. Donald Trump does not have the authority to remove someone as a Senator, he doesn’t. And yet he is out there threatening these Republicans as if he does. And you know what the Republicans do? They sit back and laugh. They laugh at this clown of a man-child that their own base put in office.

A base that one-third of them still don’t believe that Donald Trump Jr. even met with Russians, even though he literally admitted it and gave us the evidence. One-third of Trump voters still don’t believe it. One out of eight Trump voters wish they could go back and change their vote, but hindsight’s always 20/20 folks. The bottom line is this, Donald Trump has no real power in Washington DC right now, because Republicans are not afraid of him, and as long as they stay that way, we might actually get a couple of years where they’re not able to pass legislation that’s going to kick people off their health insurance, or give massive tax cuts to the wealthy, while screwing over the poor. Just maybe, but that’s also going to depend a lot, on whether or not the public stays active and holds Republicans accountable, and whether or not the Democrats in Congress discover that they do in fact, have a spine.