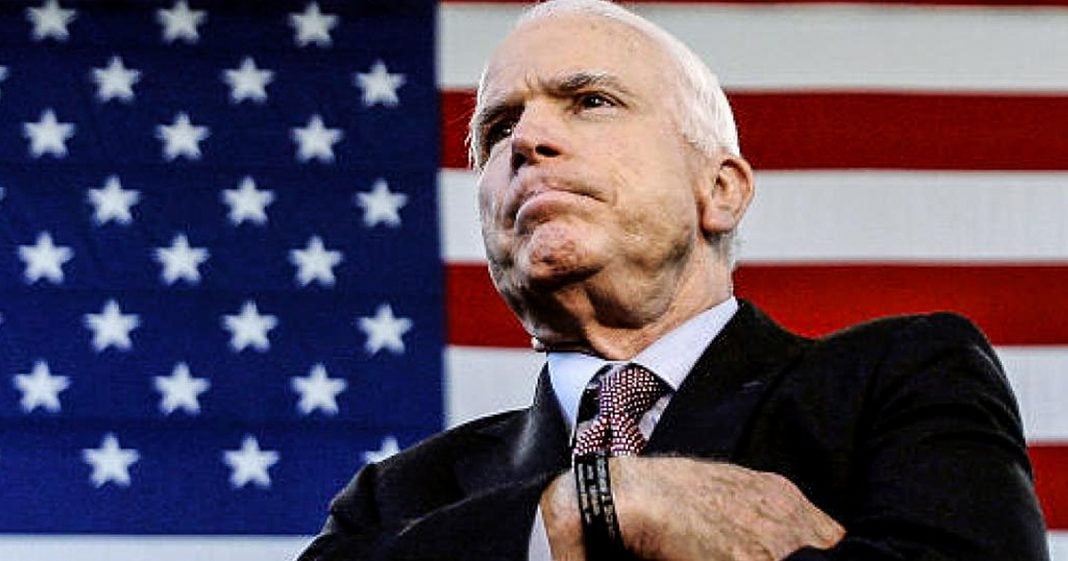 On Thursday morning, Senator John McCain quieted rumors about his possible retirement in light of a major medical diagnosis by announcing that he would soon return to work.

The Republican Senator has been absent for most of the week for a surgery to remove a blood clot from above his eyebrow. Most were aware of the procedure because McCain’s absence cause Senate Leader Mitch McConnell to delay the vote for the latest Trumpcare bill.

During the surgery, it was discovered that McCain was suffering from an aggressive and fatal brain cancer, Glioblastoma.

The news broke on Wednesday afternoon, and most assumed that McCain would be leaving his political position to deal with his illness and spend time with his family. Instead, McCain announced on Twitter that he would be returning.

I greatly appreciate the outpouring of support – unfortunately for my sparring partners in Congress, I’ll be back soon, so stand-by!

A massive outpouring of support for McCain came shortly after the news broke, with colleagues from both sides of the aisle offering their thoughts and prayers to the long-term Senator.

John McCain is an American hero & one of the bravest fighters I’ve ever known. Cancer doesn’t know what it’s up against. Give it hell, John.

Despite McCain’s intentions to return to work, the severity of his illness cannot be ignored. Glioblastoma is an incurable brain cancer that can be treated, but is almost entirely fatal. Without treatment, survival is 3 months – with treatment, most common survival length is 12 to 15 months. Fewer than 5 percent of those survive longer than five years.