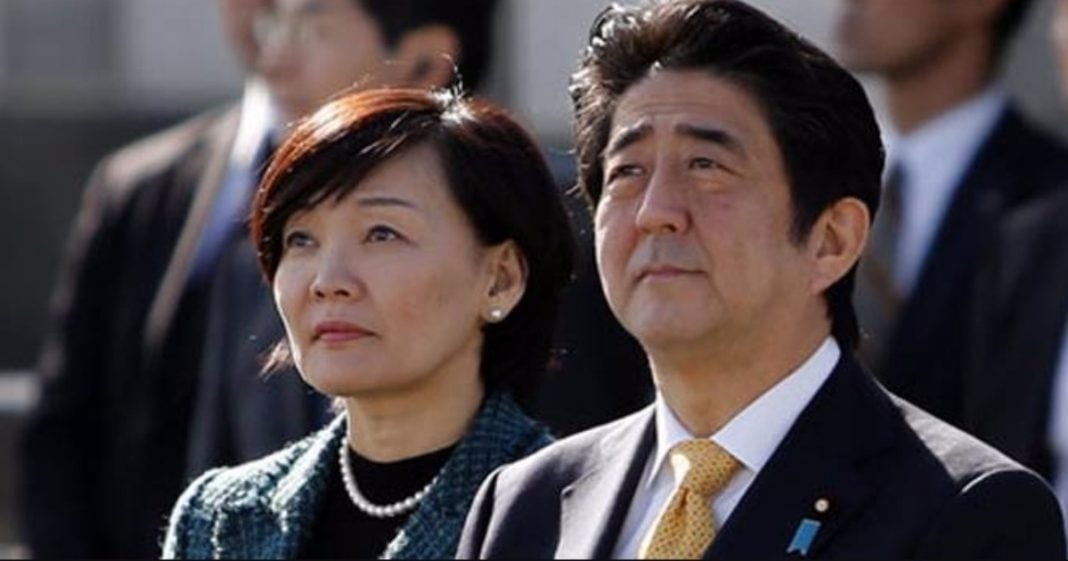 In an interview with the New York Times coming this week, President Trump spoke briefly about his time visiting with Japanese Prime Minister Shinzo Abe and First Lady Akie Abe. Trump said that he enjoyed himself well enough, but that the evening was made uncomfortable by the fact that the First Lady of Japan appeared to speak no English at all.

“So, I was seated next to the wife of Prime Minister Abe [Shinzo Abe of Japan], who I think is a terrific guy, and she’s a terrific woman, but doesn’t speak English.”

When asked for clarification, Trump said Abe didn’t even say “hello,” throughout the hour and 45 minutes they were seated next to one another.

Unfortunately for Trump, this account appears to be yet another sign of his tone-deaf alternate reality as the Japanese First Lady is a well-educated woman who in fact does speak English, she simply chose not to do so while in the American President’s presence.

For simple proof, here is a video of Abe giving a keynote address in English during a conference in New York City. In it, you can clearly hear Abe reading the speech written in English.

What is interesting here is that Trump knew so little about the woman he was sitting next to, a woman with as much stature as his own wife, that he assumed her silence was ignorance, rather than a deliberate choice.

To her credit, Abe likely chose to ice out Trump because she disagrees so strongly with his beliefs. In fact, the first lady has shown her support for LGBT issues and has publicly disagreed with her Prime Minister husband in the past.

One might even assume that Trump’s belief that Abe was unable to even say “hello” in English was a racist, reductionist assumption about the intelligence and worldliness of the Japanese people. Who among us does not know how to say as little as “hello” in several of the world’s most prominent languages?

Instead, Trump chose to believe that the well educated woman who he shared a dinner table with was too simple-minded to carry on a conversation outside her mother tongue.

As for Ms. Abe? We applaud her clever trick which enabled her to escape banal conversation with the American President for an entire hour and 45 minutes.