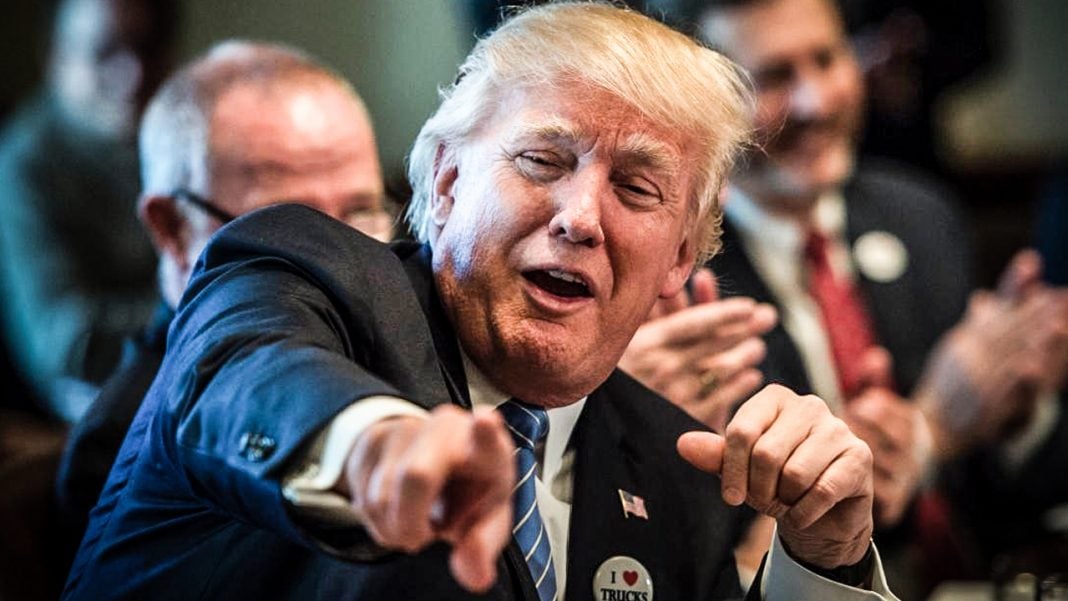 Today marks 6 months since Donald Trump was sworn in as President, and his administration isn’t looking very good at this point.  In addition to the investigations, firings, and resignations, he has had no major legislative accomplishments, has spent all but 5 weekends as President on vacation, and his nonstop tweeting is turning off Americans. Ring of Fire’s Farron Cousins discusses this.

Today marks the sixth month anniversary of Donald Trump being sworn in as president of the United States. So six months into his first term, let’s take a look at where he actually stands amongst other presidents that have served in this capacity.

According to reports, Donald Trump, as of the morning of Tuesday, July 20th, between January 20, 2017, has tweeted 991 times. Just a few short of 1,000 tweets since becoming president of the United States. Now, that is important, because his surrogates, Kellyanne Conway, Sean Spicer, all the people defending him on Fox News, say that we shouldn’t scrutinize Donald Trump’s tweets. Well, when you’re tweeting out almost 1,000 times since taking office, and when you readily admit that it’s your best way to communicate with the public … Yeah, we have to scrutinize those.

He has not held a single Q&A press conference since becoming president of the United States, one of only a handful of presidents in history to ever do that. During his first six months, he has also not had a single meeting whatsoever with Democrats from either the House or the Senate. Obama was meeting with Republicans on a weekly basis at this point in his presidency. Donald Trump hasn’t spoken to a Democrat.

One of the most interesting accounts though is the fact that according to Washington Post, Donald Trump has lied 836 times since becoming president. Some other fact checkers have that number at about half that. The Washington Post, a little bit more reliable on this particular issue. But that basically evens out to four and a half lies every single day that Donald Trump is telling the public. Some of those are part of those 991 tweets that he’s sent out. For example, when he accused President Obama of a felony by saying that he wiretapped him at Trump Tower.

No, on the legislative side, Donald Trump doesn’t fare much better. He has signed 42 bills into law, which again, last week we discussed what each and every one of those bills was. Not one of them was a legislative accomplishment or a legislative priority for the president that he talked about during the campaign, but he still claims that all of those count, even though most of them are procedural laws that he has to sign, he doesn’t have a choice. But he has no accomplishments to his name. He hasn’t done anything, there’s no border wall funding, thank God. His Muslim ban keeps getting struck down by court after court. The Supreme Court upheld part of it, but not the entire thing. He did place a justice. Again, whoever was president was going to get to do that, because Republicans obstructed President Obama’s nominee for 11 and a half months.

So, from the numbers only, we can see that Donald Trump not only is an abject failure, but a complete liar, and one of the laziest people to ever hold office, because he spent 25% of his time at the golf course since becoming president. He’s spent 21 out of 26 weekends at a Trump-owned property on vacation, and all around has managed to offend just about every group of people in this United States, including his fellow Republicans.