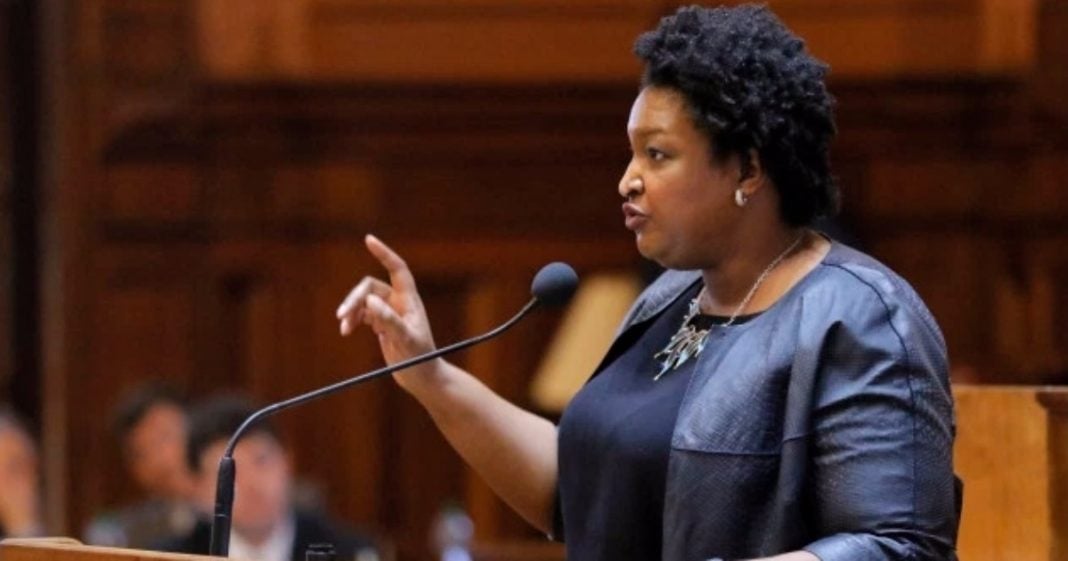 Though we like to imagine that in 2017, nearly all racial and gender barriers have been broken (the presidency aside), a race for the Governor seat in Georgia is a stark reminder that we still have many miles to travel.

If she wins, Democrat Stacey Abrams would be the first female black Governor in America, a significant milestone that should have happened long before now. Abrams currently serves as the House Minority Leader in her state and is seen as a leading voice for the Democratic party in the underrepresented South.

Getting in the way of another historical milestone is a slew of white, male Republican candidates who are eager to take the spot. Among the candidates are Republican and Lieutenant Governor Casey Cagle, a strong contender, as well as Secretary of State Brian Kemp, State Senator Hunter Hill, and State Senator Michael Williams.

Though the last two governors in the state were Republican, including current Governor Nathan Deal, the majority of governors of the state have been Democrats.

But before Abrams can take on the sea of white males in the Republican party (and a Larry the Cable Guy-esque Libertarian candidate), she will have to defeat fellow Democrat Stacey Evans.

Fortunately for Abrams, if she does make it to the general election, her history of working with the GOP rather than against them may prove valuable to her.

Georgians in the state will of course need to decide for themselves if Abrams is the correct person to lead their state as Governor, but the implications of her possible victory cannot be denied – for young, black girls nationwide, there is a big difference between being told that people like them can occupy high political office, and then actually seeing it happen. Representation matters.