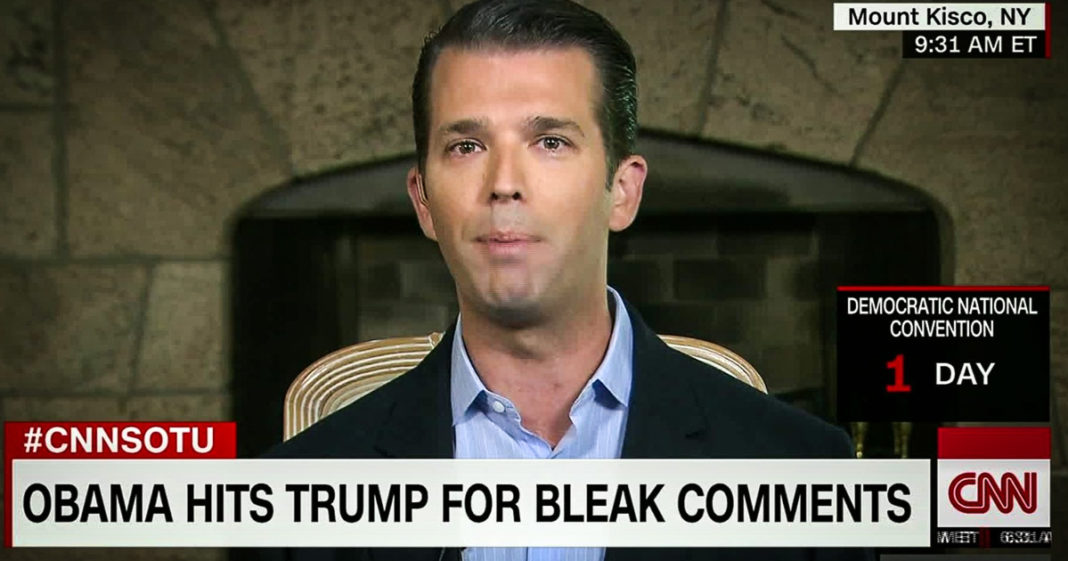 According to a friend of the Trump children, Donald Trump Jr., the recent focus of political scrutiny surrounding his meeting with a Russian Attorney, can’t wait for his dad’s presidency to be over.

According to the source, a friend of the two Trump sons, Don Jr. is “miserable.”

“Don can’t do any deals, because he’ll be overly scrutinized. He just goes to work every day and is miserable.”

Just as it was rumored that First Lady Melania Trump did not want her husband to win the presidency and hates the spotlight, sources say the Trump men feel the same way. Trump Jr. “never wanted this.”

While first daughter Ivanka has embraced the spotlight and has inserted herself in much of the political process at the White House, the Trump sons have mostly stayed out of the spotlight, choosing to run the Trump family businesses instead.

Still, when Donald Trump Jr. took a meeting with Russians shortly after the conclusion of the Republican primary in 2016, the behind-the-scenes character was plummeted to center stage.

Just because Donald Jr. is miserable certainly doesn’t mean he intends to do anything about it. It seems clear that Trump has fostered a culture of incredibly loyalty within his circle, with his children pressured to please their father most of all.

For now, the Trump sons must patiently await the end of their father’s term – and with any luck, they will find relief sooner rather than later.