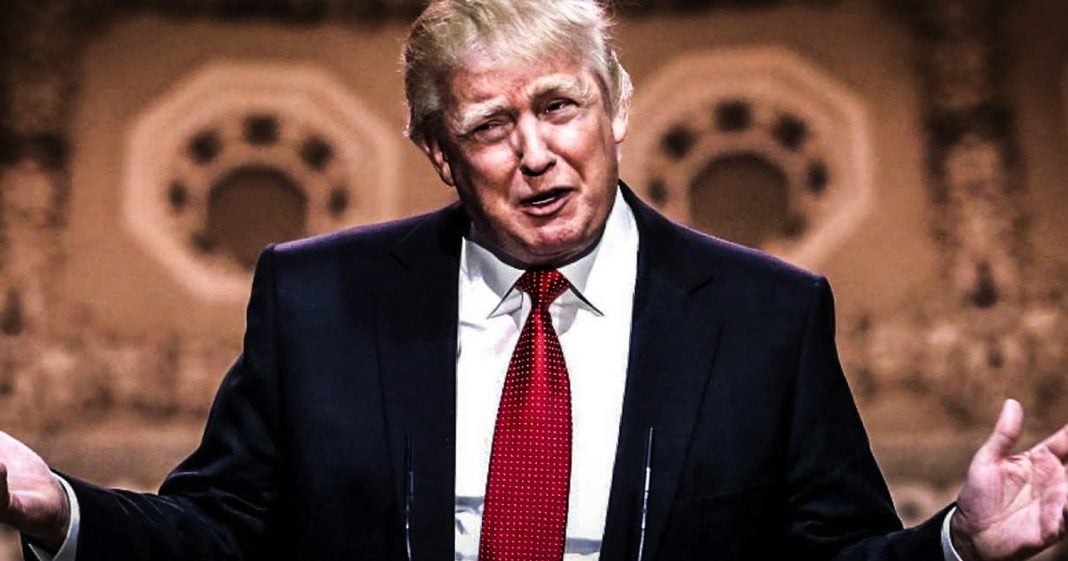 Donald Trump took to Twitter to blame Democrats and “a few Republicans” for the failure of the GOP healthcare bill in the Senate. He then ended his infantile rant with an ominous threat that “we will return.” Does he not understand that people don’t want the GOP’s healthcare “fix” and that the entire Republican Party needs to simply move on? Ring of Fire’s Farron Cousins discusses this.

On late Monday night, two more Republican Senators came forward and said that they will not support the current version of the Republican Health Care Plan that is meant to repeal and replace the Affordable Care Act, also known as Obamacare. Because of these two additional defectors, this bill is officially in it’s current form, dead.

It was those darn Democrats that Republicans refuse to work with on the piece of legislation. It was their fault. And a few Republicans. But then he issued this really ominous, creepy warning at the end of his Tweet, he said “We will return!”. It’s like we’re living in a horror movie and he’s the villain that we though we had vanquished, but he promises that he’s going to come back in the sequel to wreak even more havoc. And that’s basically what he is implying. And that’s basically what the Republicans will attempt to do. They’re going to bring this bill back, they’re going to keep bringing it back, because they’ve learned absolutely nothing because these people suffer from borderline mental disabilities, because you would have to suffer from a mental disability in order to think that you can keep proposing and sponsoring the same failed piece of legislation to the exact same people who’ve already told you that they don’t want it, at the same time when the American public tells you that they don’t want it.

But that’s not going to stop the Republicans. They’re going to keep coming with it. Just keep coming with another bill, and another bill and another bill. Because that’s all they’ve got. They have no idea of what to do now. So they’ll make a couple tweaks, and they’ll bring it back. But back to Trump’s point saying it was the Democrats who killed this thing. First of all, if it were the Democrats that killed this thing, then they all deserve a round of champagne, because this was a horrible bill. Second, Donald Trump, since taking office has not held a single conference within the White House or anywhere, with Democratic law makers to try to get them to come to his side. Not one single time. Every one of his predecessors had done that with opposition by this point in office. Even when the opposition was in the minority party. It’s called being a statesman. It’s called being a leader. It’s called being a negotiator. But Donald Trump has refused to meet with any Democrats since taking office.

And yet Democrats are the ones who get accused of being hyper partisan and obstructionist. Donald Trump is actually obstructing the minority party. That doesn’t even make any sense, and yet that is what is happening. Because he refuses to reach out to them. Republicans in Congress, same thing. There wasn’t a single Democratic lawmaker from the House or Senate on either version of the bill that was invited into the bill drafting process. Hell, they weren’t even allowed to read the thing before it came for a vote. That’s a problem, folks. So stop blaming things on Democrats, okay? It is the fault of the Republican party and the Republican party alone, that they are unable to get a single thing accomplished. And to be honest, that’s probably the best thing in the world for the American public at this point.