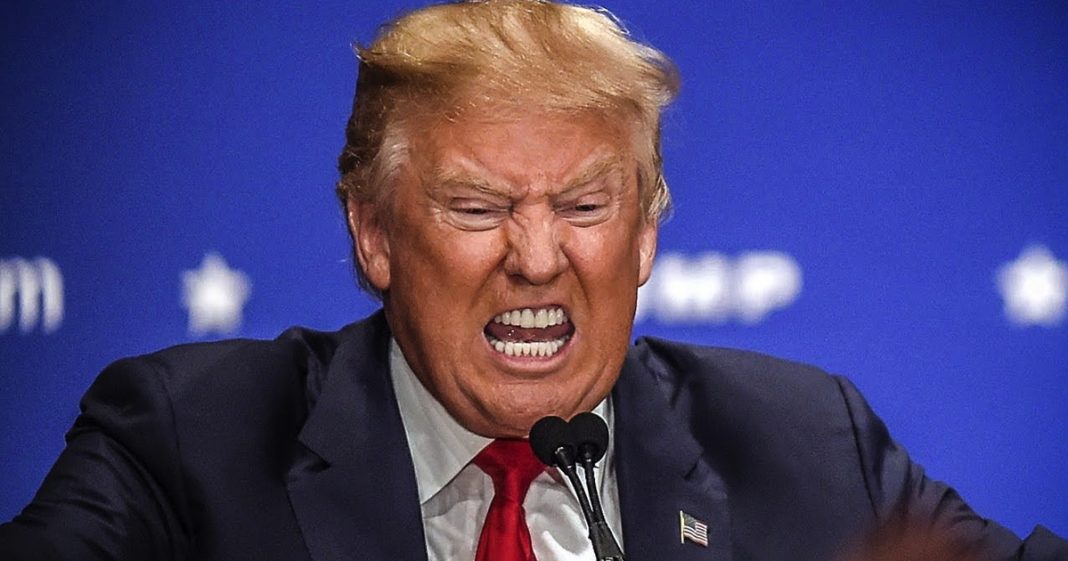 On Monday, Donald Trump told reporters that his administration has now passed more legislation than any other administration in US history at this point. Not only is that completely untrue, but most of what Trump has signed are bills to just undo what President Obama did. That isn’t progress, that’s regression. Ring of Fire’s Farron Cousins discusses this.

Donald Trump seems to have a very real problem with telling the truth. On Monday while he was promoting Made in America week, he also gave a brief little speech where he talked about the fact that his administration has signed more laws and accomplished more legislatively than any other presidency in American history at this point in their presidency. He has done more than any of his 44 predecessors. He is the greatest president that has ever lived folks, at least in his own mind. Of course, when you lie about things that are so blatantly obvious, it’s very easy to go back and fact check whether or not you actually have signed more pieces of legislation and accomplished more legislatively than any president before you, and that’s exactly what the New York Times did. Here’s the list, according to the New York Times of what Donald Trump has actually accomplished as president in these first six months.

He has signed 42 bills and a law since taking office. 15 of those were to just simply reverse Obama era regulations, so he wasn’t making progress. He wasn’t signing new things. He was taking away old things. Doesn’t count as progress. 14 were ceremonial and routine law making. These include, because you have to sign a law apparently to do this, appointing people to the board of trustees to things like the Smithsonian. That has to be signed into law, and 14 of these bills is what Trump has done, appointing people to various things that have nothing to do with really accomplishing anything. So that doesn’t count. That tally is now up to 29 of 42 bills that really mean absolutely nothing. Five of them were bureaucratic tweaks, which means he kind of changed the way that the rule-making process itself goes, nothing that necessarily affects Americans. So now, we’re up to 34 out of 42 that mean absolutely nothing. Four were space and science bills. All right, sure, we’ll give you that. And four were veterans bills, you can count those as accomplishments too.

So basically, you’ve signed eight pieces of legislation that might actually affect something in lives of a few Americans. Beyond that Mr. Trump, you’ve done nothing. You can’t even get your party to agree on anything. How pathetic is that? I thought you were supposed to be some kind of great negotiator, some great leader, and yet your own party rejects you. Your own party refuses to fall in line with you. Nobody wants to work in your administration, because they’re afraid it’s gonna damage their career for the rest of their lives. You have not accomplished more than anyone before you. And certainly, the things that you have accomplished are not things that you should actually be proud of. And yet for some reason, you are. And again, there is something fundamentally psychologically wrong with you when you feel the need to lie about something that is so easily verified or unverified by anybody with access to the internet.

There is something wrong with you sir. My advice is to go get help, and for the love of God, stop speaking in public, because every time you do, you spew out just another list of lies, that again, people can easily verify as false.