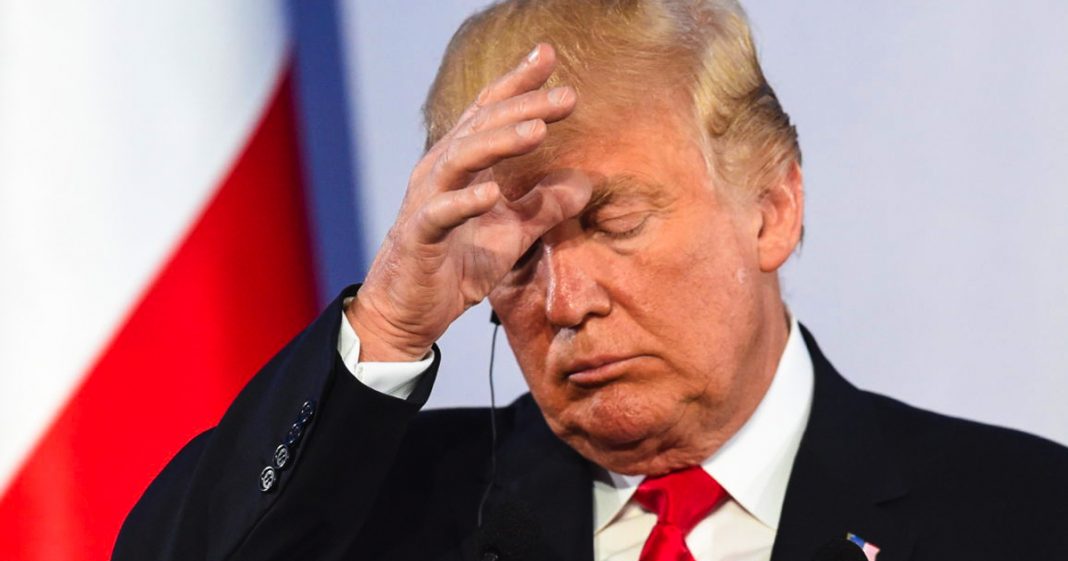 On Monday evening, the Republicans last best hope of repealing Obamacare and replacing it with something a bit less… health-care-y failed as two Republican Senators announced they would not support the current bill.

In response, President Trump showed his anger online via Twitter as he always does, managing to point the finger of blame at Democrats rather than his two disloyal Republicans.

The Senate must go to a 51 vote majority instead of current 60 votes. Even parts of full Repeal need 60. 8 Dems control Senate. Crazy!

On Monday, Mike Lee of Utah and Jerry Moran of Kansas announced they would not be supporting the current health care bill in the Senate, joining Senator Rand Paul of Kentucky and Susan Collins of Maine in opposing the bill. With their defection, the bill now does not have enough support for a vote to be held and Republicans will have to go back to the drawing board to craft yet another regressive bill.

We were let down by all of the Democrats and a few Republicans. Most Republicans were loyal, terrific & worked really hard. We will return!

Of course, the fact that these Republicans are willing to buck the incredible pressure coming from the Republican power structure is praiseworthy. The partisanship of the Senate has reached an all-time high, meaning that any refusal to stand in lock step with McConnell and Republican leadership is worth mentioning.

It is sick that our very president supports the kind of political devolution which values loyalty over doing the right thing for the American public.

Unfortunately, with this latest failure to pass a new healthcare bill, McConnell and Trump have turned their attention to repealing Obamacare, with plans to replace it at a later date. This plan would result in a loss of coverage of well over 30 million Americans, a far darker prospect than even their most gutting healthcare plan would provide.