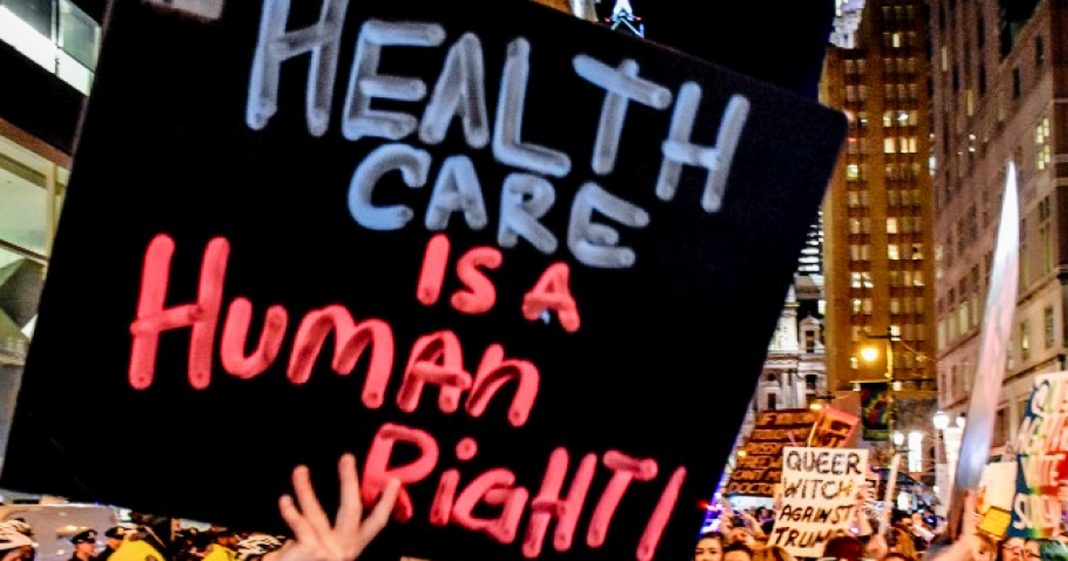 Knowing that they cannot offer a health care bill which will please Republicans while also giving the American people actual coverage, Republican leadership are now opting to focus exclusively on repealing Obamacare, with the plan to replace it at a later date.

In response to the failure of their most recent healthcare draft, which was opposed by two additional Senators on Monday, Republicans are hoping to simply repeal the current health care bill without having a replacement ready to go.

This is especially true because repealing the the ACA would remove healthcare coverage from well over 30 million Americans. Compared to that number, the 24 million losing coverage in previous versions of the AHCA would look mild by comparison. In fact, Republicans will spin the language so that their bill would be “giving coverage to 10 million Americans” without mentioning that it was their own repeal which took away the other 20 million.

It’s a sick plan, and it’s one that is being embraced by Senate Leader Mitch McConnell, President Donald Trump, Vice President Mike Pence, and many others.

In order to achieve the repeal, Congress would have to hold a debate and vote on the proposal. Considering Congress already passed a draft of Trumpcare, it is not an impossible feat.

No matter how slim the odds, it is now Republicans’ only hope – besides accepting that Obamacare isn’t that bad or even supporting a better system – single-payer.