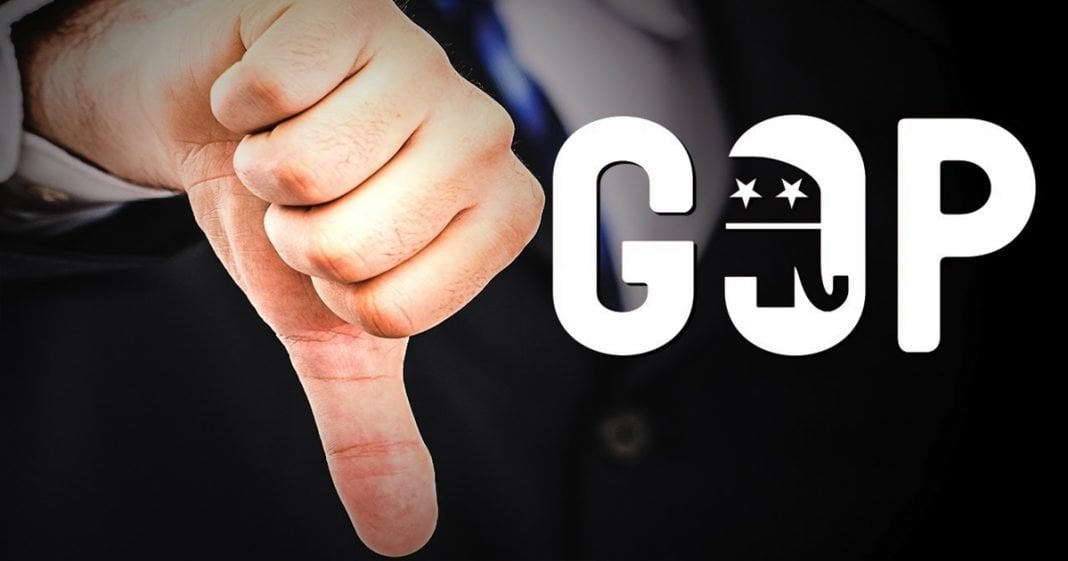 The republican party in the United States is absolutely one of the most pathetic political parties probably anywhere on this planet. Now, before you go ahead and point out that democrats have lost election after election after election after election. I understand that. The democrats suck at winning, but the republicans suck at leading. Here’s what I mean. Monday night, obviously, the republican healthcare bill in the senate failed because two republicans decided to defect, effectively killing that piece of legislation. You know, this is not the first time that the senate had to go back to the drawing board because they couldn’t get enough people on board. And back when the house of representatives was working on this legislation, they had to do the exact same thing a couple of times as well, because they could get all of their little republican ducks in a row to support their disastrous piece of legislation.

So my question is this, the republican congress, the republican senate has accomplished absolutely nothing since they all took office in January, or since the new session started in January. They’ve accomplished nothing. They’ve been working on this particular healthcare replacement bill all year long, and they have nothing to show for it. They’re the majority party, not just in the legislative branch, folks, but in this country right now. They have the house, the senate, the white house, the supreme court, the federal court system, state legislatures and state governments. A majority of both of those. How in the hell can you control the majority of everything and still be such a failure? Furthermore, how do you manage to win enough to claim all of these majorities, and still have no idea how to rule?

It’s the story of the post turtle. You see a turtle on a fence post, you don’t know how he got there, you know he had to have had some help, and he has no idea what to do now that he’s up on the post. That is what the republicans are. They’re post turtles. They don’t know what they’re doing, they don’t know how to get down. But you know that they had a hell of a lot of help, usually from corporations to get to the position that they’re in. And now, I guess they’re sitting there waiting for their marching orders from corporate America, and all corporate America can come up with in their collective voice is, “Cut our taxes.” And the republicans are sitting there in Washington saying, “But we don’t know how, people are kind of pissed at us, and we can’t do the thing that you’re telling us to do.” It really is pathetic, folks, when you think about it. And what’s more pathetic is all the American citizens out there defending the republican party and accusing the democrats of being the obstructionists.

Absolutely pathetic. Your party, your republican party controls everything, and there so incompetent and unable to lead that they can’t accomplish anything. And again, that’s the best thing in the world for the citizens of the United States, because there’s nothing that republicans have proposed that would help anyone other than corporate CEOs and shareholders. So it’s good that they’re incompetent, but at the same time it’s also laughably pathetic.