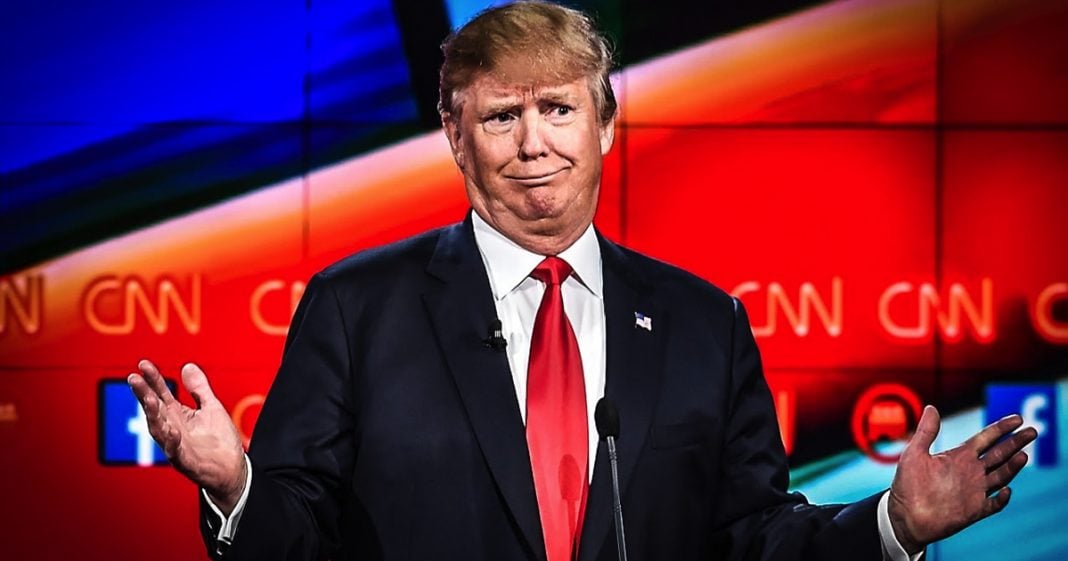 Donald Trump has already started raising money for his 2020 reelection campaign, but according to the latest FEC filings, his team has spent about 15% of the money that they’ve raised on legal counsel due to the growing scandals surrounding his administration. At this rate, there may not be any money left for him to run for reelection, which would make a lot of Americans happy. Ring of Fire’s Farron Cousins discusses this.

As I’m sure most people are aware, the entire Trump administration basically over the last few weeks has been lawyering up. Don Jr. hired legal counsel immediately following the release of the story that showed that he had met with a Russian lawyer and former member of Russian Intelligence and there were even some other people in that room who we still have yet to identify, but he hired a lawyer immediately following that story breaking.

Now, an interesting thing happened this past weekend. We got the latest quarter’s FEC filings, which means we get to see what the Trump campaign is spending their money on. Donald Trump has already started his re-election campaign. They’re already raising money for re-election, so what are they exactly spending money on? Well, according to reports, they spend $50,000 on lawyers for Donald Trump Jr. two weeks before that story about meeting with the Russians even broke. They knew something bad was coming down the pipeline, so they spent $50,000 to protect him in advance.

Furthermore, we’ve also learned that between April and June, the Trump 2020 re-election campaign has had to spend 15% of its money on legal counsel for members of the Trump administration. That amounts to $645,000 that the Trump campaign has spent on lawyers in just three short months. They’re averaging $215,000 a month on legal counsel because of their non-stop scandals that they have to defend themselves from. This is absurd and borderline insane.

What’s even crazier is to think that people are already donating to the Trump 2020 re-election campaign not even realizing that this campaign money they’re giving is actually just going to keep Donald Trump and his sons and his friends and his son-in-law and his buddies out of jail. If you’re donating to the Donald Trump campaign, just remember that. You’re not paying for him to hold rallies. You’re not paying for them to crank out some more merchandise. You’re paying for his lawyers. You are paying for a billionaire’s lawyers.

You know what? Maybe that’s exactly what Trump was talking about when he said he was going to bring back American jobs. The only jobs he’s creating at this point are in the legal industry because they’re having to hire every lawyer they can get their hands on to defend them. Yeah, that does help the economy. I mean, if you hire more lawyers, give them more cases, they have to hire more staff, so maybe this is all some kind of sacrificial play. Donald Trump knows he and his family are just so corrupt and so incompetent that they’re going to have to hire so many lawyers and create so many jobs. At the end of the day, isn’t that what he promised to do? He didn’t tell us how he’d do. He just told us that he would do it. I guess them spending $215,000 a month on lawyers is a good thing in the eyes of the Trump administration because it shows us that even in some kind of backwards round about way, he’s actually managing to kind of keep one of his campaign promises.