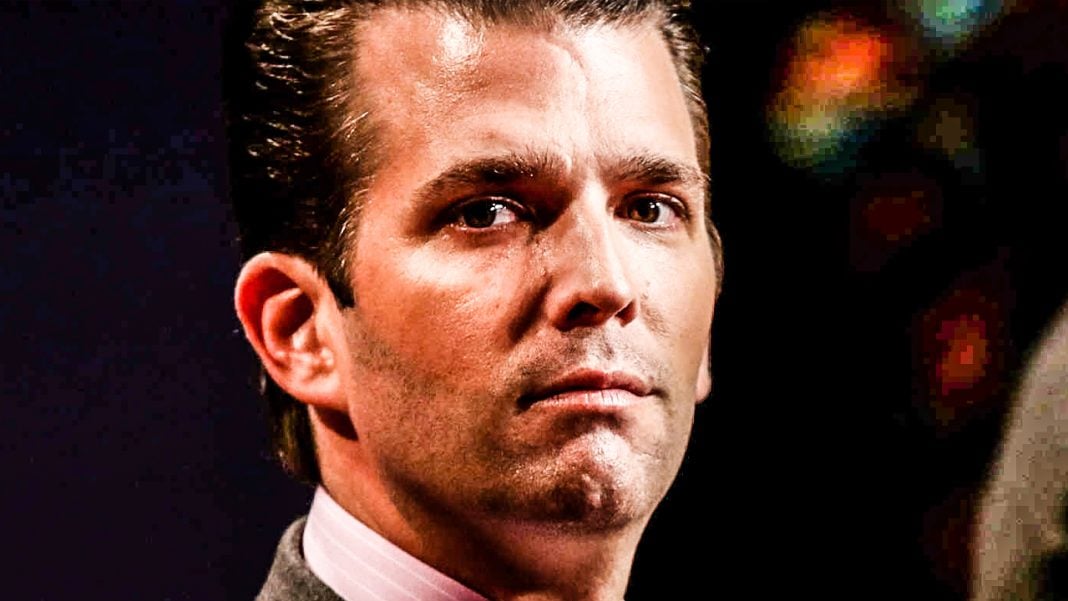 Republican supporters of Donald Trump have wasted no time at all to claim that the revelations by Donald Trump, Jr. are not only a big “nothing burger,” but also that they completely vindicate Trump.  They have stated repeatedly that “collusion is not a crime,” but in reality, it is a crime that is spelled out in U.S. law very clearly for all to understand.  This is what happens when Democrats allow Republicans to control the messaging. Ring of Fire’s Farron Cousins discusses this.

So most of the news this week has obviously been dominated with the Trump Trump Jr. Russia collusion story and republicans simply aren’t buying it or at least the die-hard Donald Trump supporters are not buying into the story. After all immediately after the news broke Sunday that Donald Trump Jr. met with a Russian lawyer and then Monday when Trump Jr. hired his own lawyer and the Russian lawyer came out and said he was desperate for this information, then on Tuesday when he leaked his own emails that basically implicate him in the crime, republicans still, no, no, those Trump supporters are still out there calling this a nothing burger. They’re saying that it’s fake news and one of the more disgusting arguments, and this has come from some of the folks of Fox News is that these emails that Trump Jr. tweeted out actually vindicate the Trump administration. Somehow these emails prove that this was all just a massive witch hunt, and the Trump supporters believe this nonsense. Why? Because republicans were the first to jump on the narrative and capture the messaging of this issue.

Messaging has always been something that the Democratic Party sucks at. There’s just no other way to put it. The Democratic Party sucks at crafting a message, even when you have a slam dunk issue like this. When you get this intel that shows that you know what, we might be able to take down the Trump administration after all, and they just don’t jump on it. They don’t get out there and control the narrative in the media. Instead, media outlets brought on more moderate republicans who say, “Well, yeah, I mean this is probably a problem. We’ll handle it. I’m sure it’s nothing. But it looks bad. But we’ll … Don’t worry about it.” And the democrats just release press releases. They go on Twitter and say, “Ha-ha, we got you sons of bitches.”

Yeah, not how it works guys. You have to craft a careful message. You can’t be insulting. You got to leave that to the folks online. You come up with a mature response to this. You lay out the specific crimes that you think he committed, and that is your message going forward. They didn’t do that. Instead, republicans are out there convincing their base, not just telling them, but actually being successful in convincing them that this is a nothing burger, or even worse, that collusion’s not a crime. I cannot tell you how many people I saw online tweeting that out. Trump supporters, all of them, but saying that collusion’s not even a crime. Fox News said collusion is not a crime.

Listen, everyone please, google is collusion a crime and read some of the articles about it, read what the actual law says, because to put it in its most simplistic terms, yes, collusion is a crime, absolutely 100%. We just have to prove that he did it at this point. We have to prove that this lawyer does in fact have the ties that she has alleged to have with the Russian government. If she does, that is 100% collusion. There is no way around it. There is no spin. There is no partisan politics. That’s 100% collusion. And no matter what happens from this point forward if there ends up being impeachment for this or for any other issue, or if Donald Trump serves a full term, republicans will never believe, the Trump supporters, the hard core folk will never believe that any of this was ever real or that it ever happened because the democrats couldn’t come up with a message fast enough to counteract the republican misinformation machine.